ISLAMABAD, Pakistan: President Dr. Arif Alvi has said that Pakistan highly values its ties with the Republic of Korea and wants to further take the relations to a higher trajectory in all areas of mutual interest.

The president said that both the Countries have enormous potential in the area of trade and measures are needed to increase the existing volume of trade. 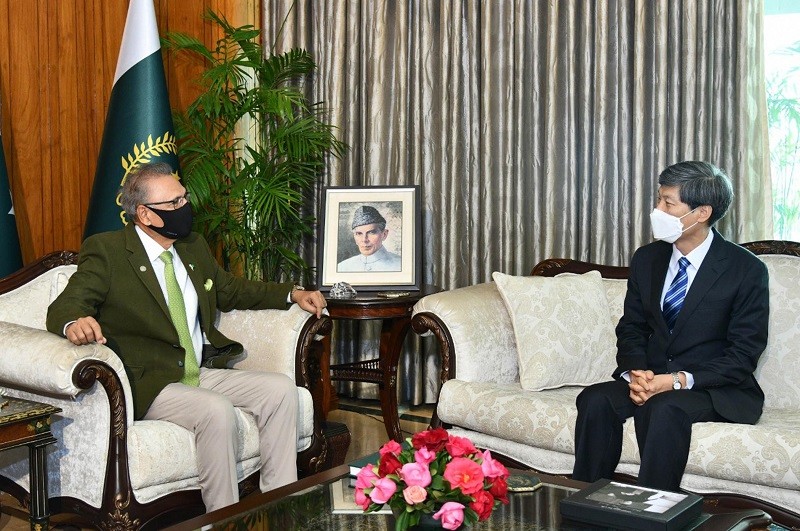 Dr. Arif Alvi further said that Pakistan is an important destination for religious tourism as it has a large number of Buddhist artifacts and the people from Korea can visit these sites.

President Arif Alvi also appreciated the increase in the Economic Cooperation Development Fund by the Republic of Korea for energy and infrastructure projects.

The president congratulated the outgoing ambassador on the successful completion of his tenure in Pakistan and lauded his efforts in expanding bilateral relations.

Mati
Mati-Ullah is the Online Editor For DND. He is the real man to handle the team around the Country and get news from them and provide to you instantly.
Share
Facebook
Twitter
Pinterest
WhatsApp
Previous article1 FC soldier martyred, 7 injured in terrorist firing
Next articlePresident sees prosperous Pakistan in following Quaid’s ideas