ISLAMABAD, Pakistan: President Dr. Arif Alvi has said that Pakistan highly values its relations with Ukraine and wants to further increase its cooperation with Kyiv in fields of mutual interest including defence, reports DND News Agency from Islamabad while citing official sources.

While talking to Pakistan’s Ambassador-designate to Ukraine Major General (retd) Noel Israel Khokhar at Aiwan-e-Sadr in Islamabad on Wednesday, the president emphasized the need for Pakistan’s enhanced cooperation with Ukraine in the areas of trade, economy, and culture. 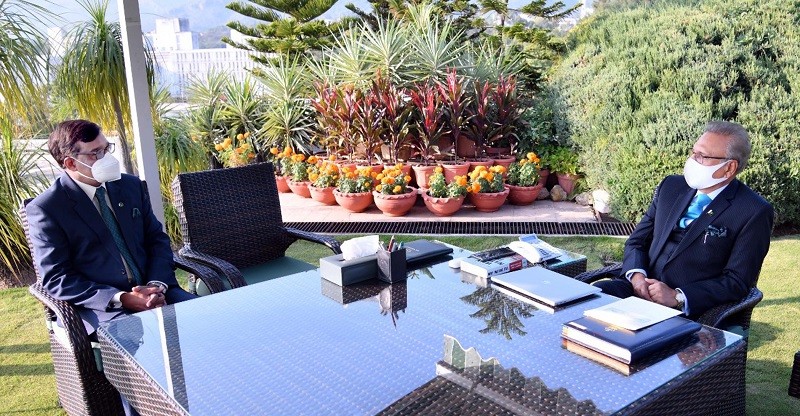 The president congratulated the ambassador on his appointment and expressed the hope that he would make concerted efforts to further expand bilateral cooperation with Ukraine.

President Arif Alvi underscored the need for frequent bilateral parliamentary and political exchanges that would greatly help in bringing the two Countries closer.

Mati
Mati-Ullah is the Online Editor For DND. He is the real man to handle the team around the Country and get news from them and provide to you instantly.
Share
Facebook
Twitter
Pinterest
WhatsApp
Previous articleCOMSTECH Consortium of Excellence Launched
Next articlePM Imran Khan pledges full support for industrialization in Pakistan