ISLAMABAD, Pakistan: President Dr. Arif Alvi has said that Pakistan attaches utmost importance to its ties with Cuba and wants to further enhance the bilateral cooperation in the areas of trade, economy, health, and culture for the mutual benefit of the two Countries.

While talking to the ongoing Cuban Ambassador Gabriel Tiel Capote at Aiwan-e-Sadr in Islamabad on Friday, the president said that Pakistan deeply appreciates the Cuban assistance in the wake of the 2005 earthquake by sending medical teams and providing scholarships to Pakistani medical students. 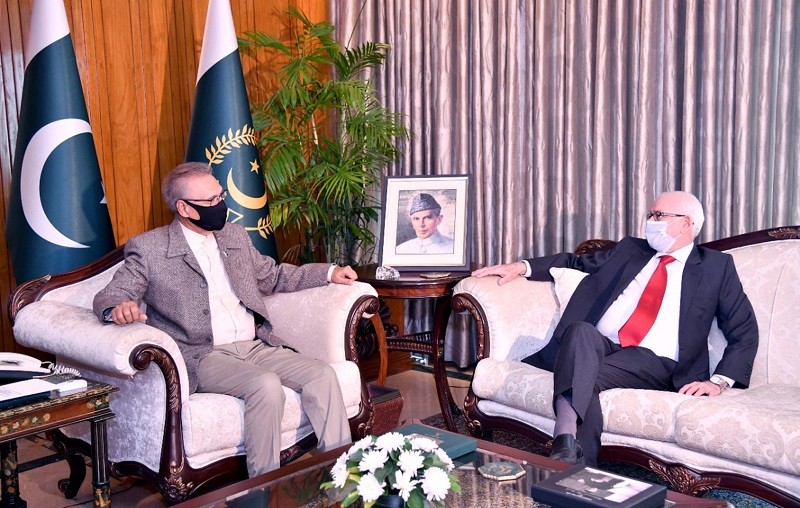 While underling the need to boost the Pakistan-Cuban bilateral trade cooperation, the president said that both Countries need to identify and explore areas where they can expand trade and investment cooperation.

The president also stressed the need for cultural and parliamentary exchanges between the two Countries.

President Arif Alvi expressed the hope that the outgoing ambassador would continue to work to promote relations between Pakistan and Cuba.

In addition, he congratulated the envoy on the successful completion of his tenure in Pakistan and expressed best wishes for his future endeavors.

Mati
Mati-Ullah is the Online Editor For DND. He is the real man to handle the team around the Country and get news from them and provide to you instantly.
Share
Facebook
Twitter
Pinterest
WhatsApp
Previous articleHBL PSL 2021 Schedule
Next articleMTMIS – Verify Your Vehicle In Pakistan Online