Having already sealed the series comfortably, Pakistan will be looking to further strengthen its dominance over Zimbabwe with a clean sweep when the two sides will play the third One Day International (ODI) at Rawalpindi Cricket Stadium on Tuesday.

In the inaugural match on October 30, Pakistan bagged a 26-run victory against Zimbabwe in Rawalpindi while cruised to an even more comfortable win in the second ODI on November 1. 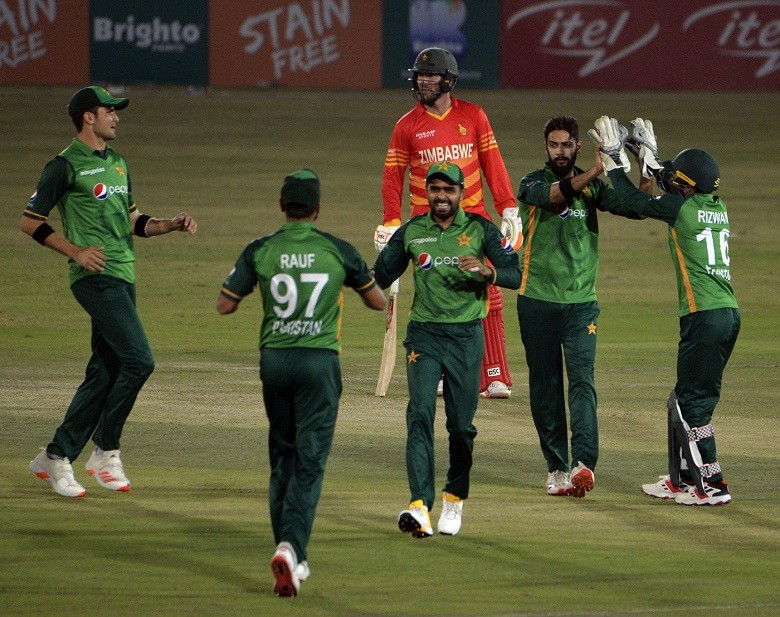 The 50-member Pakistan’s squad for the third ODI has already been announced.

Earlier, Faheem Ashraf had been included in the squad; however, later he was rested after he had food poisoning and replaced by Haris Rauf.

Abid Ali missed out of the squad for the last ODI after he failed to generate an impact in the previous two games. His individual score in both innings remained 21 and 22 respectively.

Fakhar Zaman is likely to join the Opener Imam Ul Haq in the last ODI. Imad Wasim has also missed out for today’s game.

Mati
Mati-Ullah is the Online Editor For DND. He is the real man to handle the team around the Country and get news from them and provide to you instantly.
Share
Facebook
Twitter
Pinterest
WhatsApp
Previous articlePakistan condemns terrorist attack in Vienna
Next articleFifth Round of Pakistan-European Union Strategic Dialogue to be held today