PTV Sports Live, Amid growing intensity in the already strained bilateral ties between two neighbors, Pakistan and India are once again set to show their muscles against each other at Dubai on Sunday in Super Four round of Asia Cup 2018. The Match will be broadcasted by PTV Sports Live

Rohit Sharma-led India has been impregnable in the event so far and sealed three massive victories. In contrary, Pakistan just lost to India in the first round but their victory against Afghanistan wasn’t a convincing one, rather, in fact, they narrowly escaped their first ever defeat at the hand of their western neighbor.

Both Pakistan and India have already wrestled with each other at the same venue on September 19 but that turned out to be lacking a nail-biting contest, which is usually expected from their bilateral encounter.

In the previous Asia Cup 2018 ODI between them, India outclassed Pakistan and yielded another eight-wicket thumbing victory over green shirts, an unwanted outcome which the world has become used to witness in recent years except the one held at ICC Champions Trophy 2017 final. But even that final turned out to be a one-sided game but in a vice versa.

The last battle between Pakistan and India at Dubai not only brought an end to a former’s nine-match winning streak in the United Arab Emirates (UAE) after November 2015 but it also caused an injury to Shadab Khan and further compelled the team management to oust their premier bowler Mohammad Amir from playing XI for the next match against Afghanistan.

Mohammad Nawaz joined the squad for Shadab Khan and in replacement of Mohammad Amir, the 18-year old Shaheen Shah Afridi was brought in who interestingly made his ODI debut as Pakistan’s second youngest ODI debutant after Mohammad Amir who entered the International 50-over format on July 30, 2009, against Sri Lanka at Dambulla.

Like Mohammad Amir who picked up three wickets for 45 in his very first ODI, Shaheen Shah Afridi wasn’t bad either in his debut as he took two wickets for 38 runs against Afghanistan. In addition to that, two catches were also dropped off Shaheen’s bowling.

Turning to Pak-India ODIs, both teams have so far met each other 130 times since 1978. But unlike the recent results mostly occurred in India’s favor, Pakistan has won 73 of total ODIs between them whereas, in 53, India emerged victoriously. Four of the ODIs between them didn’t produce any result. 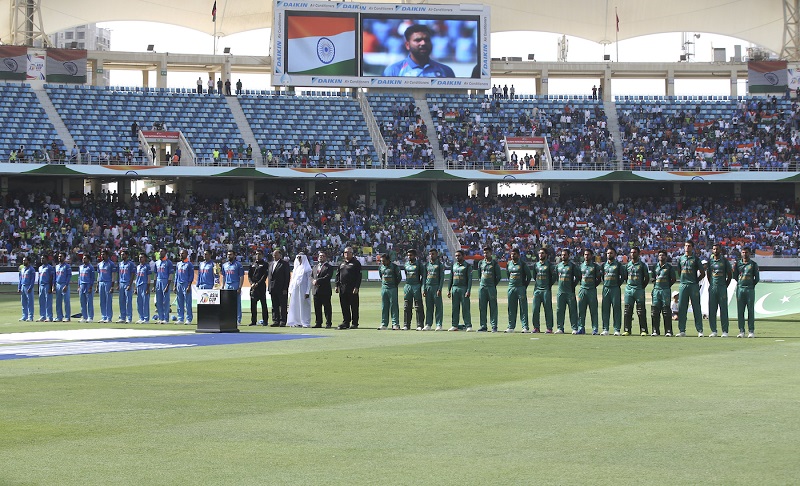 Now if declared fit, Shadab Khan’s inclusion in the playing squad for upcoming contest against India is most likely. Similarly, Mohammad Amir may return to the field for Usman Khan Shinwari who remained wicketless against Afghanistan despite being hammered for 58 runs in his 10 overs.

If Pakistan beat India in today’s match, the chances of their another meeting in the final of Asia Cup 2018 on September 28 would become brighter.

Besides the Pak-India match, Afghanistan and Bangladesh will also meet at Abu Dhabi today.

Afghanistan has already taken the world by storm with their exceptional all-round performance in Asia Cup 2018. Even they were about to upset Pakistan but the experienced Shoaib Malik’s brilliance with the bat shattered their dreams.

Earlier on September 20, Afghanistan has already beaten Bangladesh by 136 runs in the last match of Asia Cup 2018 group stage and the match got millions of online hits on PTV Sports live

Mati
Mati-Ullah is the Online Editor For DND. He is the real man to handle the team around the Country and get news from them and provide to you instantly.
Share
Facebook
Twitter
Pinterest
WhatsApp
Previous articlePakistan ready to answer any misadventure by India: DG ISPR
Next articleWhat caused Pakistan’s humiliating defeat against India?