An excellent bowling performance by England in Pakistan’s second innings on Friday brought them back in the first Test match at Emirates Old Trafford in Manchester (PTV Sports Live).

The visitors had acquired a 107-run lead after England in their first innings was bowled out for 219 runs in response to Pakistan’s first innings score of 326.

However, the winning scenario for Pakistan which had begun looking imminent turned doomed after they failed to capitalize in their second innings.

Till the end of third day’s play, Pakistan managed to put just 137 runs on the board for the loss of 8 wickets. 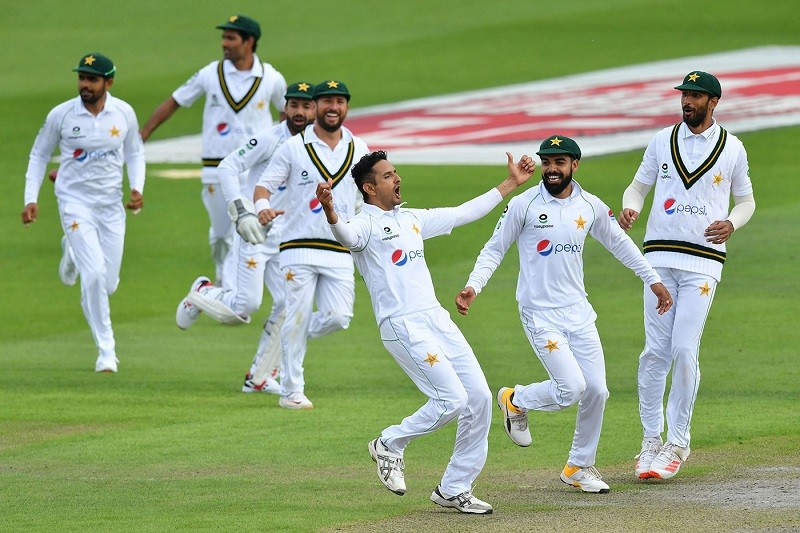 In their second innings, Pakistan suffered a blow when the first innings centurion Shan Masood was caught behind on 0 off Stuart Broad. Babar Azam also went early just for 5 runs.

The middle-order batsman Asad Shafiq got himself run out on 29 in the pursuit of taking a quick run, which occurred to him in Test Cricket after eight years.

Yasir Shah along with Mohammad Abbas will resume Pakistan’s second innings on Saturday and seek to extend the current 244-run lead to over 250 or 260.

For England, Stuart Broad, Chris Woakes, and Ben Stokes picked up 2 wickets each in Pakistan’s second innings while Dom Bess took one wicket.

The second and third Tests between Pakistan and England will be played from August 13-17 and then from August 21-25 respectively. Both Tests will take place at Southampton.