While talking to the Turkish ambassador to Pakistan Mustafa Yurdakul in Islamabad, the minister lauded the vision and efforts of President of Turkey Recep Tayyip Erdogan for development of his Country and raising voice for the Muslims.

The federal minister proposed increasing collaboration in the field of education and efforts for promoting religious harmony for countering terrorism.

While expressing satisfaction on existing collaboration, it was mutually agreed that scope exists for further enhancement in mutual cooperation. 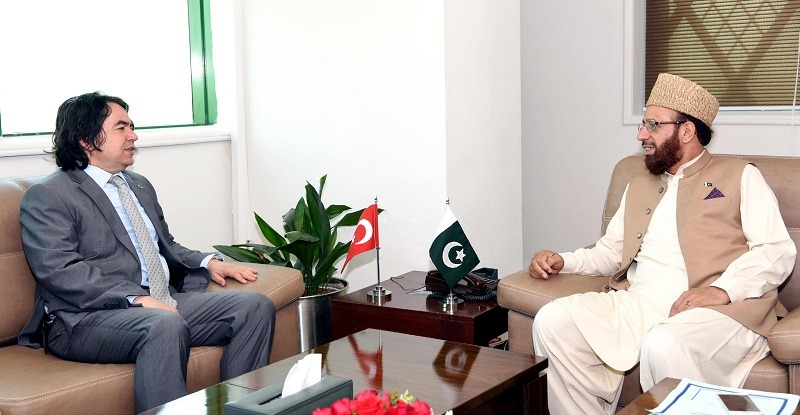 The Turkish ambassador expressed his pleasure on assuming his assignment in Pakistan, and said he would use his position in promoting and strengthening the already close and cordial bilateral relationship between Turkey and Pakistan, taking it to ever new heights.

Sardar Yousaf extended his best wishes to ambassador on assuming his appointment in Pakistan. He hoped that the ambassador’s tenure will prove to be productive in furthering the friendly relations between Pakistan and Turkey.

Mati
Mati-Ullah is the Online Editor For DND. He is the real man to handle the team around the Country and get news from them and provide to you instantly.
Share
Facebook
Twitter
Pinterest
WhatsApp
Previous articlePakistan ready to bridge India with Central Asia, Eastern Europe if it abandons hostility and resolves disputes: Nasser Janjua
Next articleNasser Janjua emphasizes investment on human resources