The two discussed the mutual cooperation between Pakistan and Saudi Arabia to combat drug problem and create a drugs free society. 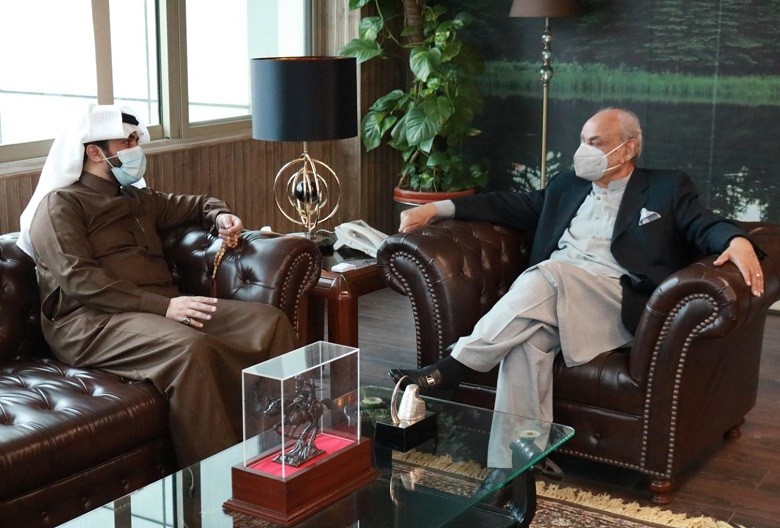 “The drug suppliers are the real culprits, they must be held accountable for their actions,” Ijaz Ahmad Shah said.

“The ones who fall prey to drug abuse are victims, we are trying to formulate a cohesive approach to rehabilitate these people,” he added.

“Exchange and timely sharing of information is key to successful operations against drug suppliers” the minister said. “It is very important that those working to fight the curse know where and when to act.”

The minister said that the Anti-Narcotics Force (ANF) will work in close coordination with Saudi Officials to ensure effective working.

The DLO agreed with the minister and said that all institutions need to work together in order to eliminate drugs from our society.

The federal minister also discussed in detail the MoUs between the two Countries and offered full cooperation for renewal of the pending ones.

“Pakistan and Saudi Arabia have always worked well together, it’s a dream to see drug free society in both the countries” said Ijaz Shah.

The meeting concluded with a promise to work together in close coordination in future to achieve the goal of drug free society.