ISLAMABAD, Pakistan: The Government of Pakistan would support every initiative, whether it’s bilateral or multilateral, that would be aimed at bringing peace and stability in Afghanistan, said Andleeb Abbas, the Parliamentary Secretary for Foreign Affairs.

She was speaking at a multilateral dialogue on the future of the Afghan peace process with attendees from Afghanistan, Pakistan, China, the US, the UK, and Denmark, organized by the Royal Danish Defense College (RDDC) and the Center for Research and Security Studies (CRSS) here on Thursday. 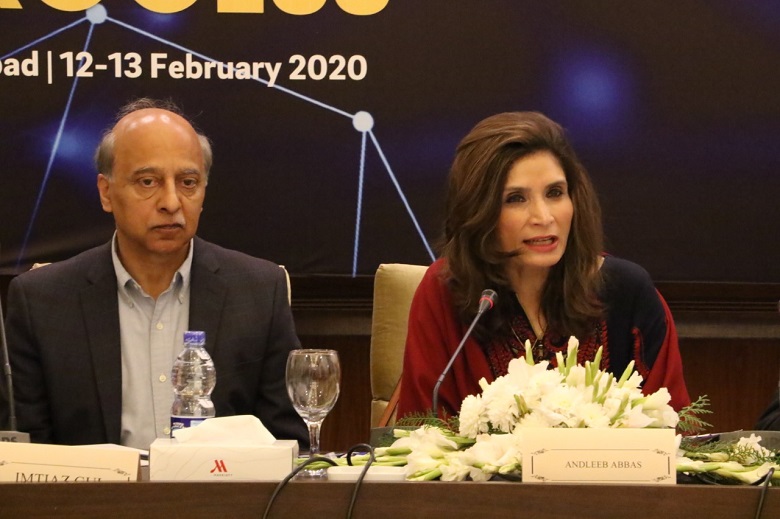 The event was attended by many notables, including the Chinese Ambassador to Pakistan Yao Jing, Special Assistant to the Prime Minister of Pakistan on the National Security Division, Dr. Moeed Yusuf, and the Ambassador of Denmark to Pakistan Rolf Holmboe.

Jing appreciated Pakistan’s efforts in moving the process forward, and reiterated China’s support for a political solution to the Afghan conflict. Peace in Afghanistan is of key importance to the region, and especially Pakistan, as Afghanistan remains the heart of Asia, he added. He stated that China would contribute to any peace agreement through a variety of mechanisms, as the process has reached a serious phase, and concluded that the people of Afghanistan deserve peace and stability through a process led and owned by Afghans to ensure success.

Dr. Yusuf said that Pakistan has been concertedly pushing for a political and amicable solution. It is important that all sides collaborate on how to get Afghanistan to the finish line and secure a sustainable peace, where long term perspectives such as economic development and refugee reintegration are incorporated.

The sessions of the multilateral dialogue revolved around issues as how to promote intra-Afghan peace talks, how to engage with external stakeholders in the Afghan peace process, and finally how infrastructure investments and economic development has support the process of stabilization.

To guide and facilitate the discussion, Dr. Barnett Rubin, Laurel Miller and Andrew Small all served as subject matter experts, leading discussions to formulate practical recommendations. These will be released in a joint policy paper released by CRSS and RDDC towards the end of February, and widely distributed to lawmakers and policymakers on both sides of the border, and abroad.

The multilateral dialogue was attended by senior diplomats, defense strategists, economists and political analysts from Pakistan, Afghanistan, the UK, and the US. There was consensus on the fact that the violence must end, and a peaceful Afghanistan takes precedence over most other matters. The attendees weighed in on the aforementioned topics, and provided guidance on the way forward.

The dialogue was concluded with remarks from Holmboe, who explained the importance of creating peace agreements which can be successfully implemented, at least at the strategic level.

Drawing upon his experiences in this area in Sudan, Syria and Lebanon, he emphasized the importance of local stabilization through social economic progress, rule of law, education, and service delivery.

Mati
Mati-Ullah is the Online Editor For DND. He is the real man to handle the team around the Country and get news from them and provide to you instantly.
Share
Facebook
Twitter
Pinterest
WhatsApp
Previous articleRegistration process of Madaris to begin in March 2020: Minister
Next articleDawlance & Arçelik’s Chiefs highlight investment plans at “Pakistan-Turkey Business Forum”