ISLAMABAD, Pakistan: The National Assembly was told on Thursday that it is projected that the government will repay approximately US$ 95.4 billion from June 2022 to June 2059 based on existing commitments of the government of Pakistan.

The minister further told that as of May 31, 2022, Pakistan‘s total external debt and liabilities amounted to US$ 126.07 billion of which US$ 85.64 billion were on account of Public External Debt.

Separately, the Minister for Finance and Revenue Miftah Ismail told the National Assembly to another question that Rs 12,345 billion of loans were obtained by the government from 2019 to April 2022.

The loans from external sources are obtained from multilaterals, bilateral and commercial sources.

Commercial loans, bonds and other loans are obtained by the Ministry of Finance directly from international market and international banks.. 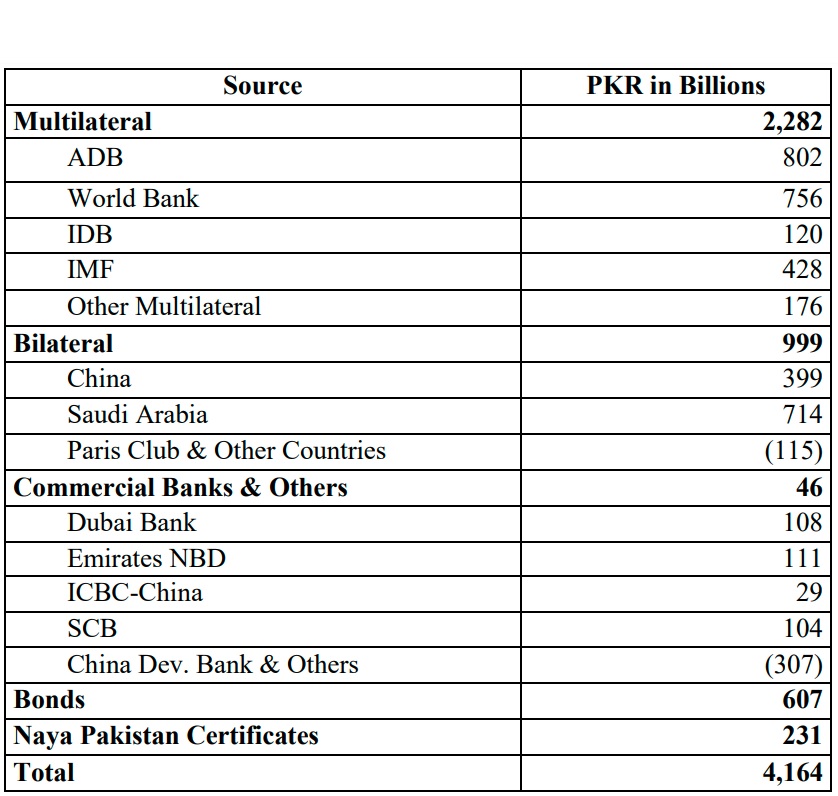