ISLAMABAD, Pakistan: The US Special Representative for Afghanistan Reconciliation Ambassador Zalmay Khalilzad visited the Ministry of Foreign Affairs (MoFA) in Islamabad on Friday and held a meeting with the Foreign Minister Shah Mahmood Qureshi.

During the meeting, both the US special envoy and the foreign minister discussed the overall law and order situation in the region including the Afghan peace process. 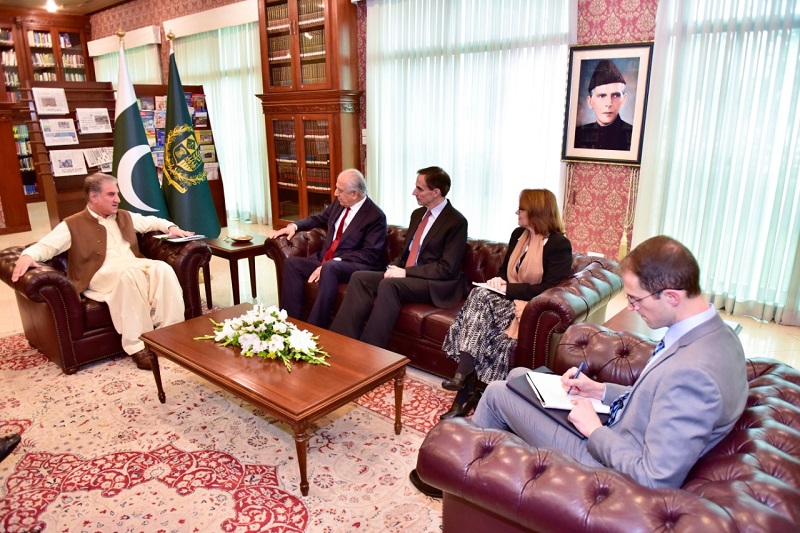 Shah Mahmood Qureshi said that Pakistan has always maintained that there is no military solution to the Afghan conflict, and we expect that the US-Taliban negotiation process would resume soon.

The foreign minister said that peace and stability in the region highly depends on peace in Afghanistan. He said that under the joint responsibility, Pakistan will continue to play its sincere role in the Afghan peace process.

Ambassador Zalmay Khalilzad briefed the foreign minister in details about the delegation level talks held between the United States and Taliban.

The US special representative hailed Pakistan’s reconciliation role for peace in Afghanistan.

The foreign minister felicitated Imran Ahmed Siddique on his appointment as the High Commissioner of Pakistan in Dhaka, and also gave him important instructions regarding Pakistan’s foreign policy priorities.

Mati
Mati-Ullah is the Online Editor For DND. He is the real man to handle the team around the Country and get news from them and provide to you instantly.
Share
Facebook
Twitter
Pinterest
WhatsApp
Previous article5 Skin Products Everyone Should Have in Winter
Next articleFrench Ambassador Marc Barety meets President Arif Alvi