ISLAMABAD, Pakistan: The Federal Minister for Information and Broadcasting Senator Syed Shibli Faraz has said that the struggle for the development and prosperity of Pakistan will continue under the leadership of Prime Minister Imran Khan.

Talking to media persons in Islamabad on Saturday, the minister said that 25th July is an historical day in the democratic history of Pakistan as on this day Pakistan Tehreek-e-Insaf (PTI) workers and the people of the Country laid the foundation of a new thinking.

Shibli Faraz said that on July 25, 2018, an outdated, privileged, nepotistic, and corrupt system was defeated. He said that creators of the outdated system continued to pursue personal interests by hollowing out national institutions and the economy. 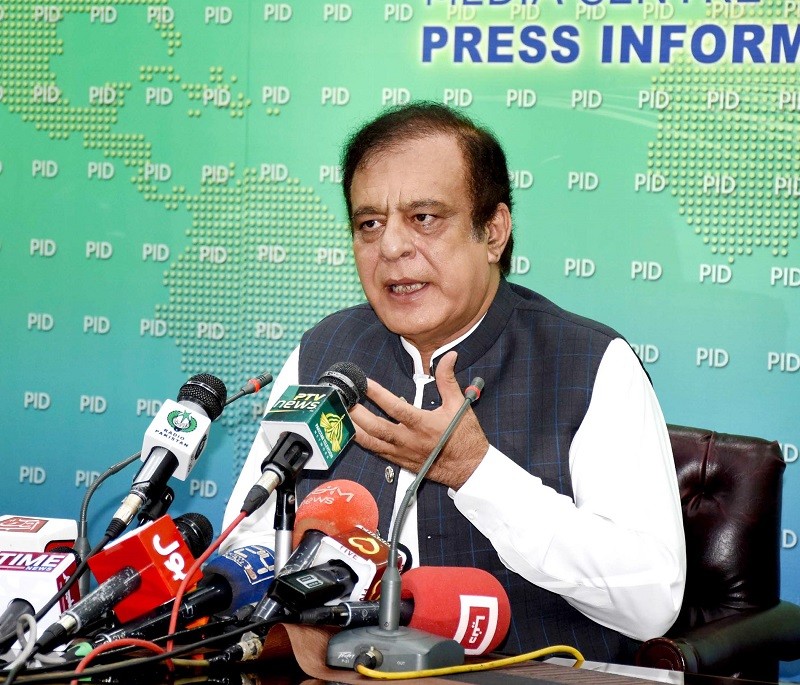 The information minister said that when we came to power, the Country was facing economic difficulties and mired in debt.

Senator Shibli Faraz said that we moved towards reforms with new determination under the dynamic leadership of Prime Minister Imran Khan.

Mentioning the achievements of the PTI government, he said that our government not only fought with Coronavirus pandemic successfully but also gave importance to the economy of the Country.

The minister said that successful youth programs, uniform curricula, the Billion Tree Tsunami is the beginning of a journey of progress.

The federal minister said that in our government, the Kashmir issue was highlighted at the international level.

Mati
Mati-Ullah is the Online Editor For DND. He is the real man to handle the team around the Country and get news from them and provide to you instantly.
Share
Facebook
Twitter
Pinterest
WhatsApp
Previous articlePakistan Air Force fully cognizant of geo-strategic developments: Air Chief
Next articlePakistan army soldier martyred in terrorist firing in Balochistan