ISLAMABAD, Pakistan: Pakistan on Thursday conveyed its concerns to the UK government over the use of a Cricket Stadium for anti-Pakistan propaganda, the Dispatch News Desk (DND) news agency reported.

On June 29, Pakistan and Afghanistan met at the Headingley Cricket Ground in Leeds for 36th Match of ICC Cricket World Cup 2019. During the match, anti-Pakistan banners were flown, and not only furious Afghan supporters involved in a scuffle with Pakistani fans but they also engaged in humiliating behaviour with Pakistan Cricket Team.

In a meeting with the British High Commissioner to Pakistan Thomas Drew who visited the Ministry of Foreign Affairs in Islamabad on Thursday and met the Foreign Minister Shah Mahmood Qureshi, the latter took up the issue of flying anti-Pakistan banners and inappropriate behaviour with Pakistan Team with him.

Qureshi told the High Commissioner that Pakistan is seriously concerned over the malicious campaign against it, and the use of the Leeds Stadium for this purpose. 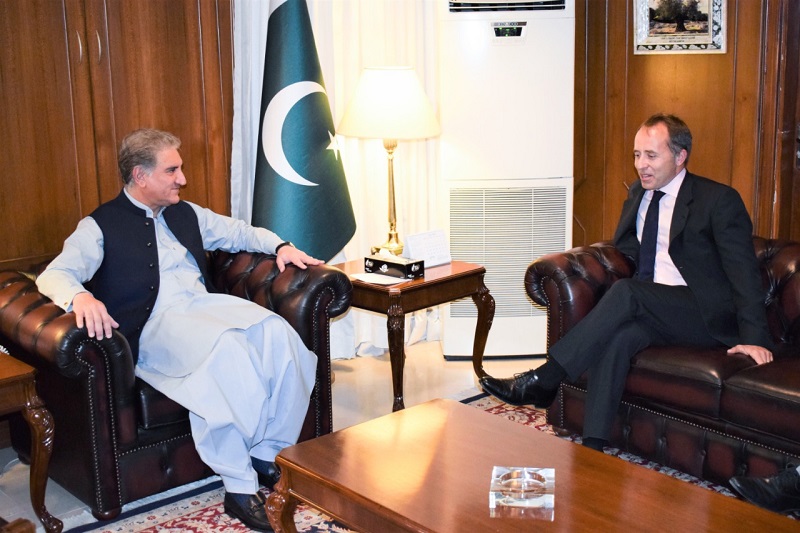 Besides, the foreign minister and the UK High Commission also deliberated upon various issues of mutual interest and regional situation.

The two sides expressed satisfaction over the current status of the Pak-UK bilateral relations.

Shah Mahmood Qureshi also remarked that it’s a pleasing sign that the UK’s Prince William and his wife Kate Middleton are expected to visit Pakistan this autumn. He said that the government as well as the people of Pakistan welcome the announcement of the Royal visit.

Mati
Mati-Ullah is the Online Editor For DND. He is the real man to handle the team around the Country and get news from them and provide to you instantly.
Share
Facebook
Twitter
Pinterest
WhatsApp
Previous articlePTI Constitutes 21-Member Core Committee
Next articleChinese Envoy Yao Jing meets Chief Organiser PTI Saifullah Khan Nyazee