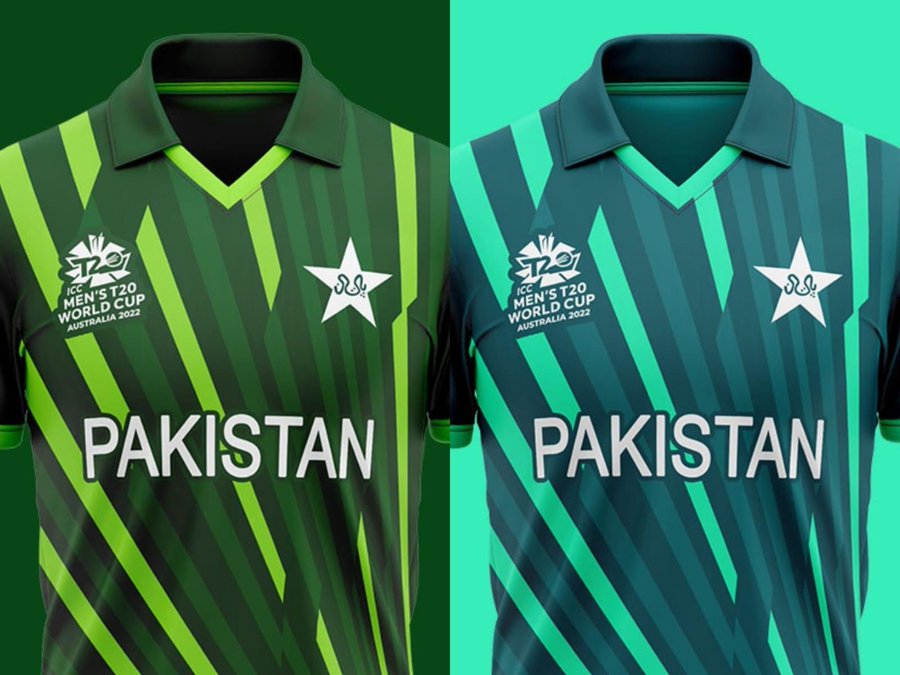 Last Year in September 2021, Pakistan Cricket Board launched its new ODI Kit of Pakistan 2021. Fans did not like ‘Thunder’ (The Kit) because the colour did not match the colour of our flag. The fans were not delighted by the design or colour. However, this year too, PCB has again messed up with the design of the Pakistan T20 World Cup Kit 2022. But, is that really final look? 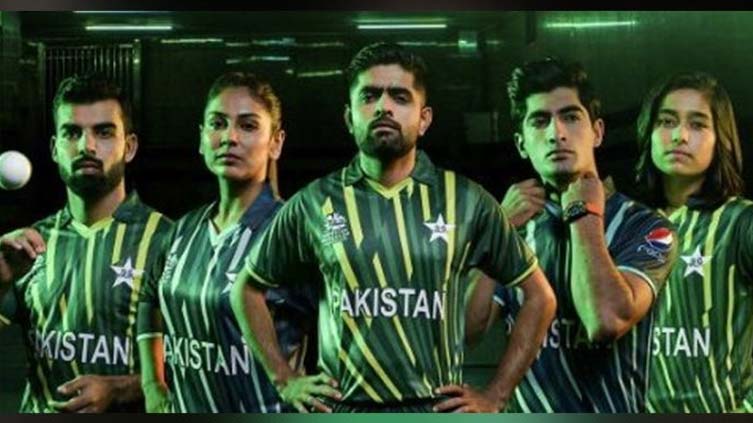 Pakistanis have an undying love for Cricket. Every time there is a match, the whole family gathers up to watch their team playing on the grounds. The excitement is always at its peak during World Cup season. So, the season is approaching again. Pakistan T20 World cup 2022 is coming again. Pakistani players always surprise us with their performances on the ground. So has the Pakistan T20 World Cup Kit 2022 has done all the time.

Likewise last year, the fans were not too satisfied with the design. As Pakistanis have a love for cricket, it parallels their love of humour. In every situation, they will probably look for something humourous that will be floating around on social media. The same has happened with the new kit ‘Thunder’.

The design became public since a picture went viral on the internet ahead of the launch. Baba Azam, Naseem Shah, Shadab Khan, and Shaheen Afridi are seen wearing the new kit in that. It reveals that the new kit has a green base shirt with light green strips printed on it. People are assimilating it with watermelons because of the colour combination and the design.

That is not just it, people are also linking this watermelonic jersey with the recent meme ‘Laal Ay’ and have been hailing it over the internet. The internet is all stormed by this latest meme. However, there are also people who have liked this design and support the passion of their favourite team.

Here comes the plot twist. The pictures that are leaked are not official and PCB is going to do the launch at a mega event. While the people are making memes, PCB tweeted “Thunder Awaits” with a picture of Babar Azam. It has made fans more suspicious of the design of Kit.