Pakistan has slipped down to seventh position in ICC Test Rankings following a 107-run defeat in the third Test against South Africa at Johannesburg.

With it, South Africa inflicted another whitewash on Pakistan. It was Pakistan’s eighth whitewash after 1972, six of them were enforced by Australia and two by South Africa.

While it was the second consecutive 3-0 result which Pakistan had to swallow in South Africa. The previous one happened in February 2013 when Pakistan under the Captaincy of Misbah-Ul-Haq toured South Africa for a three-match Test series. 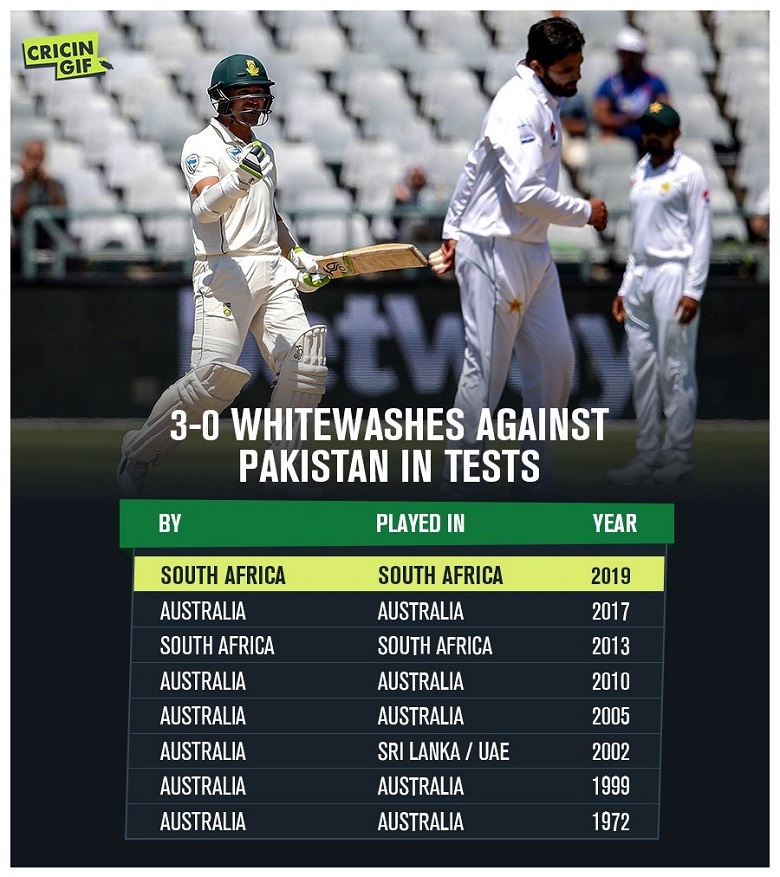 It is worth noting that since the end of October 2016, Pakistan has played 22 Test matches and suffered defeats in 15 of them. Pakistan won only six Test and drew one during this period.

When Pakistan began South African tour with the first Test at Centurion from December 26 last year, it was at sixth position with 92 points.

But with a 3-0 defeat against South Africa, Pakistan has gone down one position. Now Pakistan is at seventh position with 88 points, three points less than Sri Lanka.

On the other hand, South Africa has surpassed England and New Zealand, and sealed the second spot with 110 points.

India is still retaining the top spot in ICC Test Rankings with 116 points. 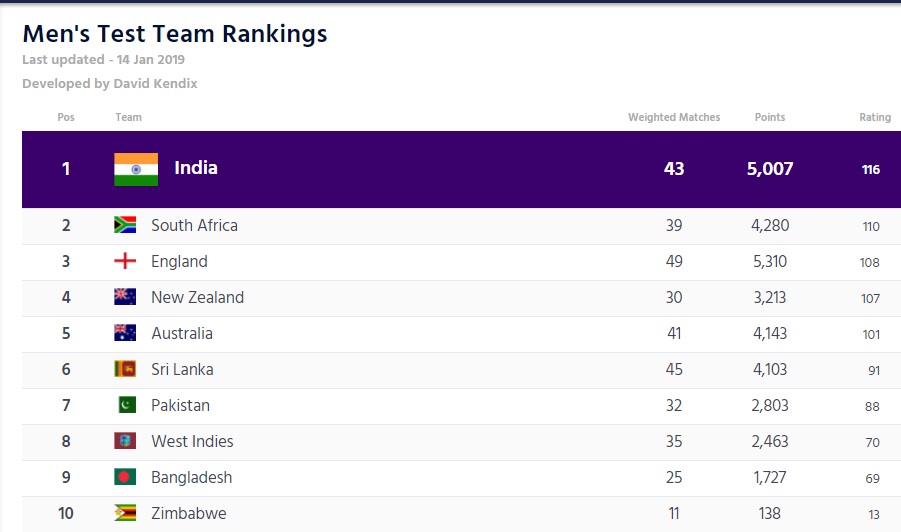 Mati
Mati-Ullah is the Online Editor For DND. He is the real man to handle the team around the Country and get news from them and provide to you instantly.
Share
Facebook
Twitter
Pinterest
WhatsApp
Previous articleHappy Malanka celebrates in Embassy of Ukraine in Islamabad
Next article25,220 registered AIDS patients in Pakistan