Pakistan, Saudi Arabia will continue to strive for betterment of Ummah: COAS

RAWALPINDI, Pakistan: The Chief of Army Staff (COAS) General Qamar Javed Bajwa on Monday said both Pakistan and Saudi Arabia would continue to play a part for peace and stability & betterment of Ummah.

Taking to Imam-e-Kaaba Dr. Saleh Bin Mohammad Al Talib who visited General Headquarters (GHQ) in Rawalpindi and met him, the COAS said the relations between Pakistan and Saudi Arabia were based on bonds of brotherhood and mutual trust.

Imam-e-Kaaba said Pakistan had a significant place in the Muslim World and it was playing a vital role for peace and stability in the region. 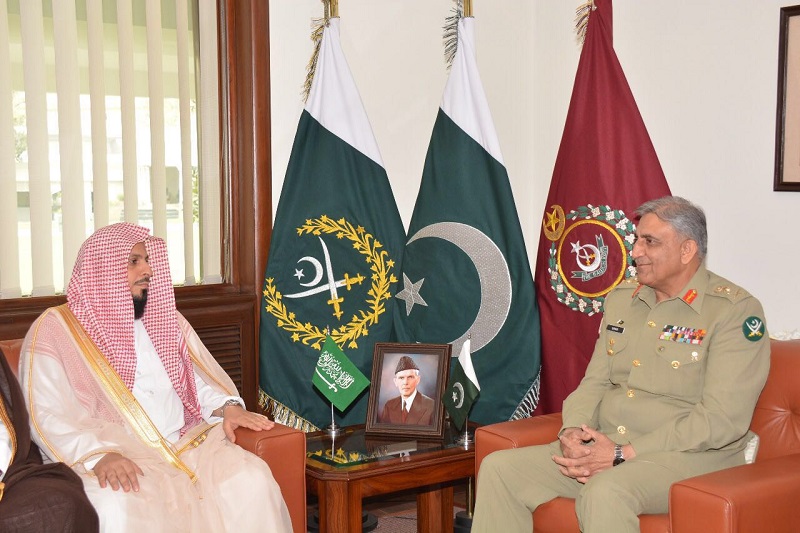 Separately, the Chief of South African Army Lieutenant General Lindila Yam also called on the COAS at GHQ in Rawalpindi.

Upon his arrival at the headquarters, the Chief of South African Army was given guard of honor and visiting dignitary laud floral wreath in Shuhuda Monument.

The South African Army Chief was given briefing on Pakistan’ contributions towards regional peace.

The visiting dignitary acknowledged the sacrifices and achievements of Pakistan Army in fight against terrorism.

During the meeting, both sides agreed on enhancing mutual defence relations.

Mati
Mati-Ullah is the Online Editor For DND. He is the real man to handle the team around the Country and get news from them and provide to you instantly.
Share
Facebook
Twitter
Pinterest
WhatsApp
Previous articlePresident Mamnoon calls for steps to counter Islamophobia
Next articleKhaqan voices resolve to ensure implementation of Pak-Iran gas pipeline project