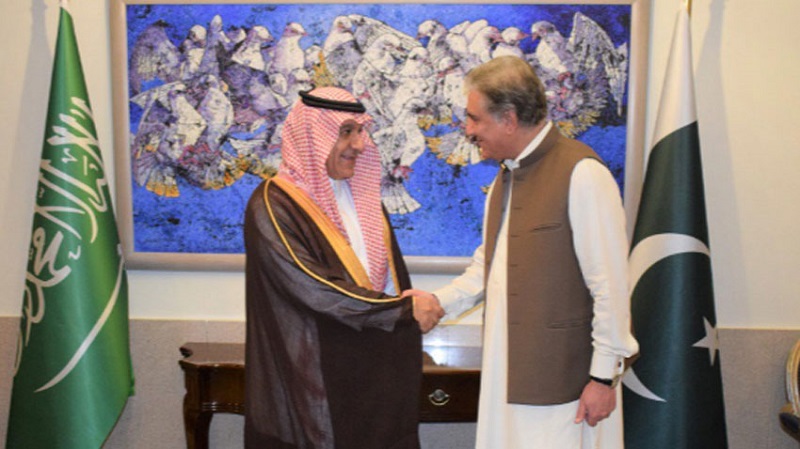 In his remarks on the occasion, Shah Mahmood Qureshi said that Pakistan and Saudi Arabia have long maintained historical and cultural relations, and Pakistan gives high value to its ties with Saudi Arabia. He said that the two Countries have unanimity of views on important regional and global issues.

The foreign minister said that the Saudi Crown Prince Mohammad bin Salman’s visit to Pakistan has further strengthened relationship between the two Countries.

Shah Mahmood Qureshi said that establishment of Pak-Saudi Supreme Coordination Council is an important step toward promotion of political, economic and cultural cooperation between the two Countries.

The minister thanked the government of Saudi Arabia for increasing Hajj quota for Pakistan up to 200,000.