ISLAMABAD, Pakistan: The Foreign Minister Shah Mahmood Qureshi has said that Pakistan and Saudi Arabia have tremendous opportunities of the promotion of bilateral cooperation in various fields, and they need to be exploited.

Talking to the Saudi Ambassador to Pakistan Nawaf bin Said Al-Maliki who met him at the Ministry of Foreign Affairs in Islamabad on Wednesday and discussed Pak-Saudi relations and enhancement of bilateral cooperation, the foreign minister said that the two Countries have deep historical relations. 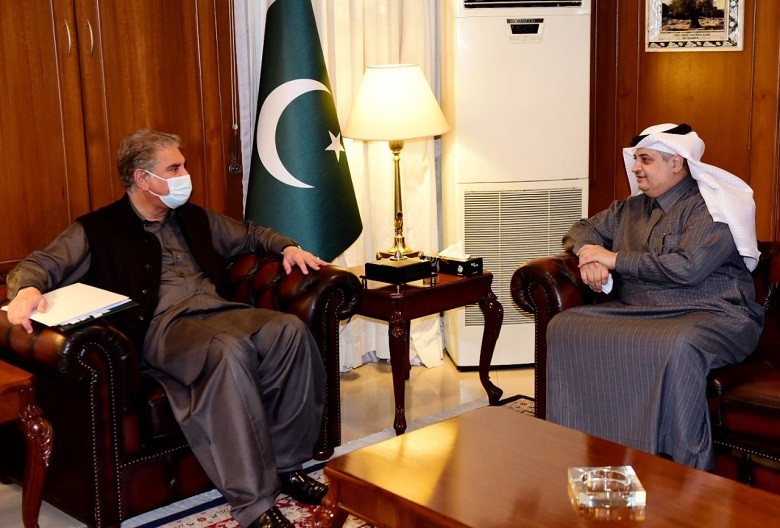 Qureshi said that a large number of Pakistanis have been residing in Saudi Arabia for several decades and playing their role in the progress and development of Saudi Arabia.

The foreign minister expressed gratitude to the Saudi Foreign Minister and Saudi government for supporting Pakistan’s resolution on Kashmir at the OIC Foreign Ministers Council meeting.

Shah Mahmood Qureshi said that the Organization of Islamic Cooperation’s (OIC) reiteration of its principled stance regarding Indian Illegally Occupied Jammu and Kashmir (IIOJK) in Niamey Declaration is commendable.

The minister further said that Pakistan supports the efforts for peaceful resolution of issues in the Gulf region.