NIAMEY, Niger: Pakistan and the Kingdom of Saudi Arabia have agreed on further deepening their bilateral trade and economic cooperation including in the field of energy.

The understanding was reached when the Foreign Minister Shah Mahmood Qureshi and the Saudi Foreign Minister Faisal bin Farhan Al Saud met on Friday on the sidelines of the 47th Session of the Council of Foreign Ministers (CFM) of the Organization of Islamic Cooperation (OIC) in Niger’s Capital Niamey.

During the meeting, the two foreign ministers exchanged views on bilateral relations, regional issues, cooperation at multilateral fora, and the COVID-19 situation. 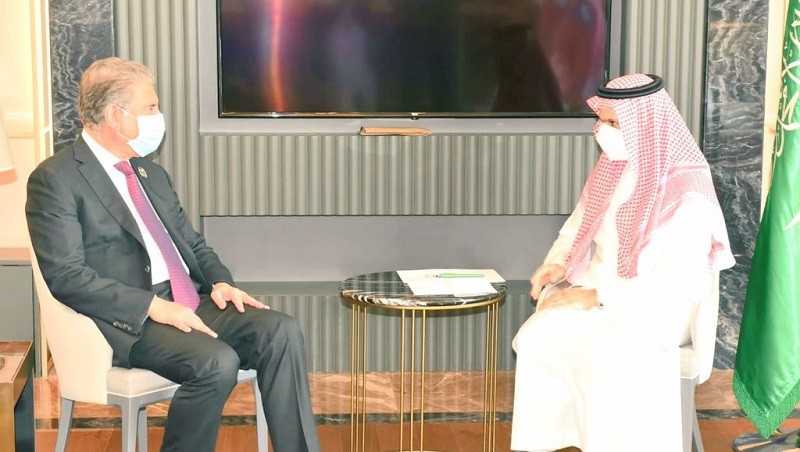 The two foreign ministers discussed the OIC’s importance as the vital platform for Muslim Ummah and its role in the advancement of the Kashmir cause.

Qureshi thanked the Saudi foreign minister for the Kingdom’s principled and steadfast support for the just cause of Kashmir.

The foreign minister also extended felicitations to the Saudi leadership on the successful convening of the G-20 Summit. He underscored that the relationship between Pakistan and Saudi Arabia is deep-rooted and long-standing.

The Saudi foreign minister underscored the importance that Saudi Arabia attaches to its fraternal and strategic relationship with Pakistan.

The two foreign ministers agreed to have high-level exchanges to promote bilateral cooperation in relevant fields.

Mati
Mati-Ullah is the Online Editor For DND. He is the real man to handle the team around the Country and get news from them and provide to you instantly.
Share
Facebook
Twitter
Pinterest
WhatsApp
Previous articleKhalid Khurshid to be next Gilgit-Baltistan Chief Minister
Next articleHEC Forms Transition Committee for Medical & Dental Education