ISLAMABAD, Pakistan: Senator Mushahid Hussain Sayed has said that the creation of Pakistan was an achievement that was unbelievable for many, and yet after 75 long years of independence, Pakistan was a land of opportunities with an unprecedented talent to rise and emerge as one of the most developed countries of the world, despite the challenges confronting its course.

He was addressing the inaugural session of a two-day National Seminar titled “Kaleidoscope: 75 Years of Pakistan” organized by the Institute of Regional Studies (IRS) here in Islamabad on Wednesday.

Senator Mushahid Hussain Sayed was of the opinion youth is (was) bearer of the future of the country and we must invest in youth, particularly in the education of youth for achieving the reality of the dream that Quaid-e-Azam saw at the time of the creation of Pakistan 75 long years. “Pakistan was a land of opportunities with an unprecedented talent to rise and emerge as one of the most developed countries of the world, despite the challenges confronting its course,” he emphasized with examples.

Senator Mushahid said that 75 years into independence were a watershed moment to reflect on the series of challenges impeding the country’s path to growth and development.

Some of the major issues still lingering on, he added, were education with a literacy rate of 58 percent that needed to improve, political instability which was a precursor to several other challenges, and lastly, foreign policy adventures which had historically proven rather costly for the Country and its people. 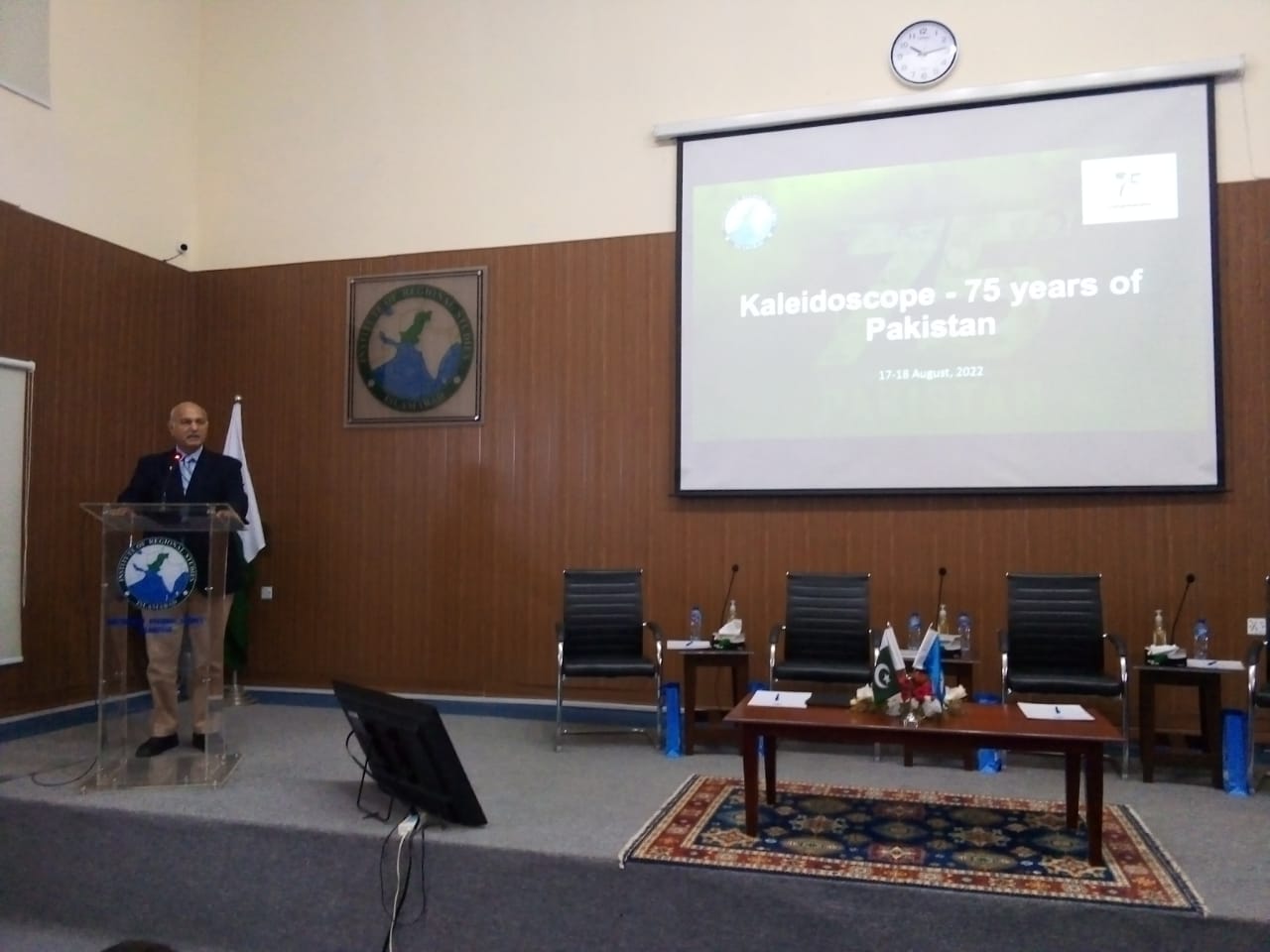 Despite these challenges and many others, Pakistan was a Country that reflected a dichotomy of a soft state but a very strong society said Senator Mushahid.

He added that our leaders had significantly learned from the mistakes committed in the past while our people were a resistant nation, refusing to give in the test of time. 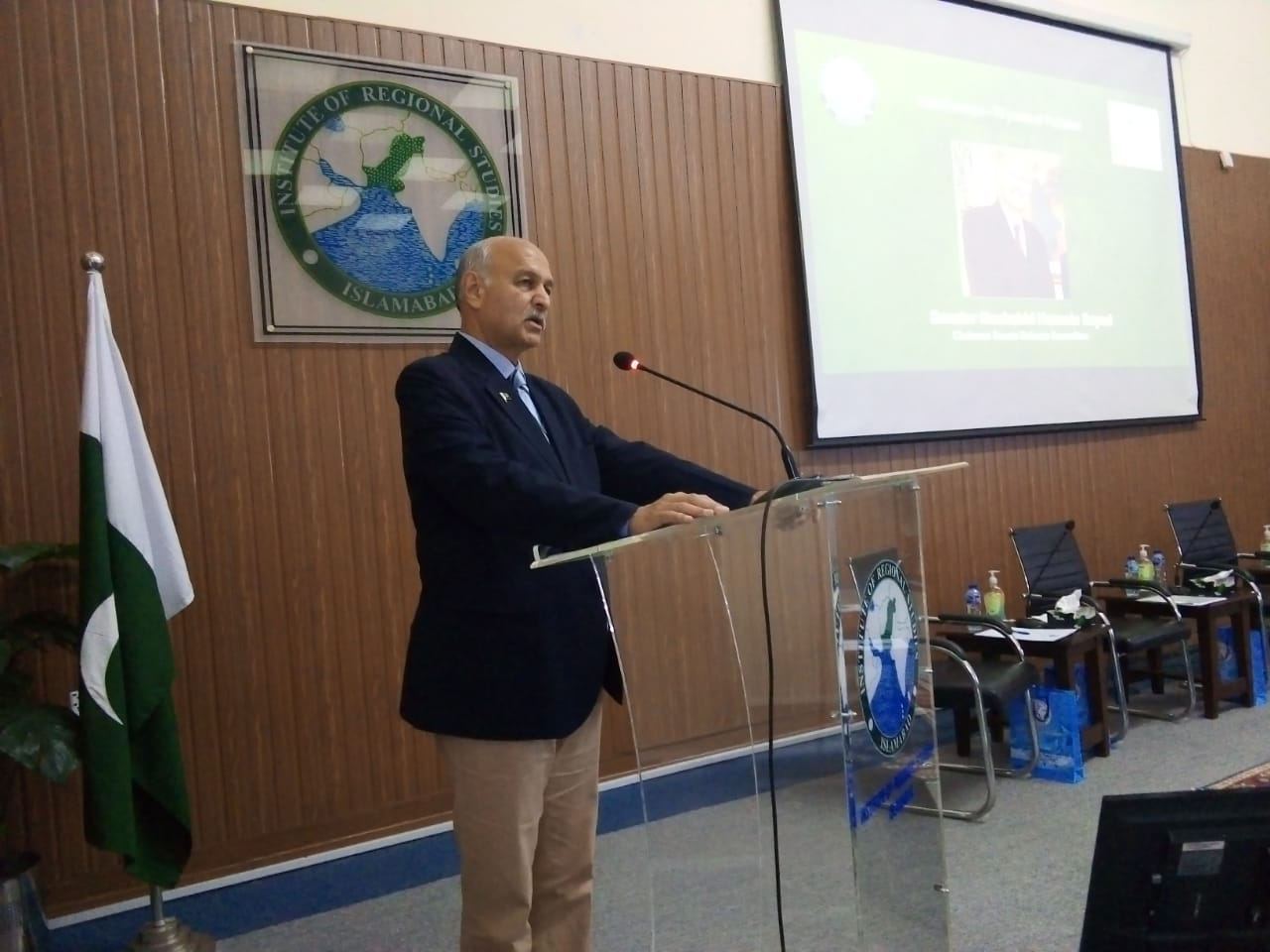 Dr. Yaqoob Khan Bangash, Fulbright Fellow at Harvard University, while reflecting on the forthcoming years asserted that the biggest challenge confronting Pakistan at present was weak institutions and hence, not everything could be entirely blamed on the uncertainties within the political system. 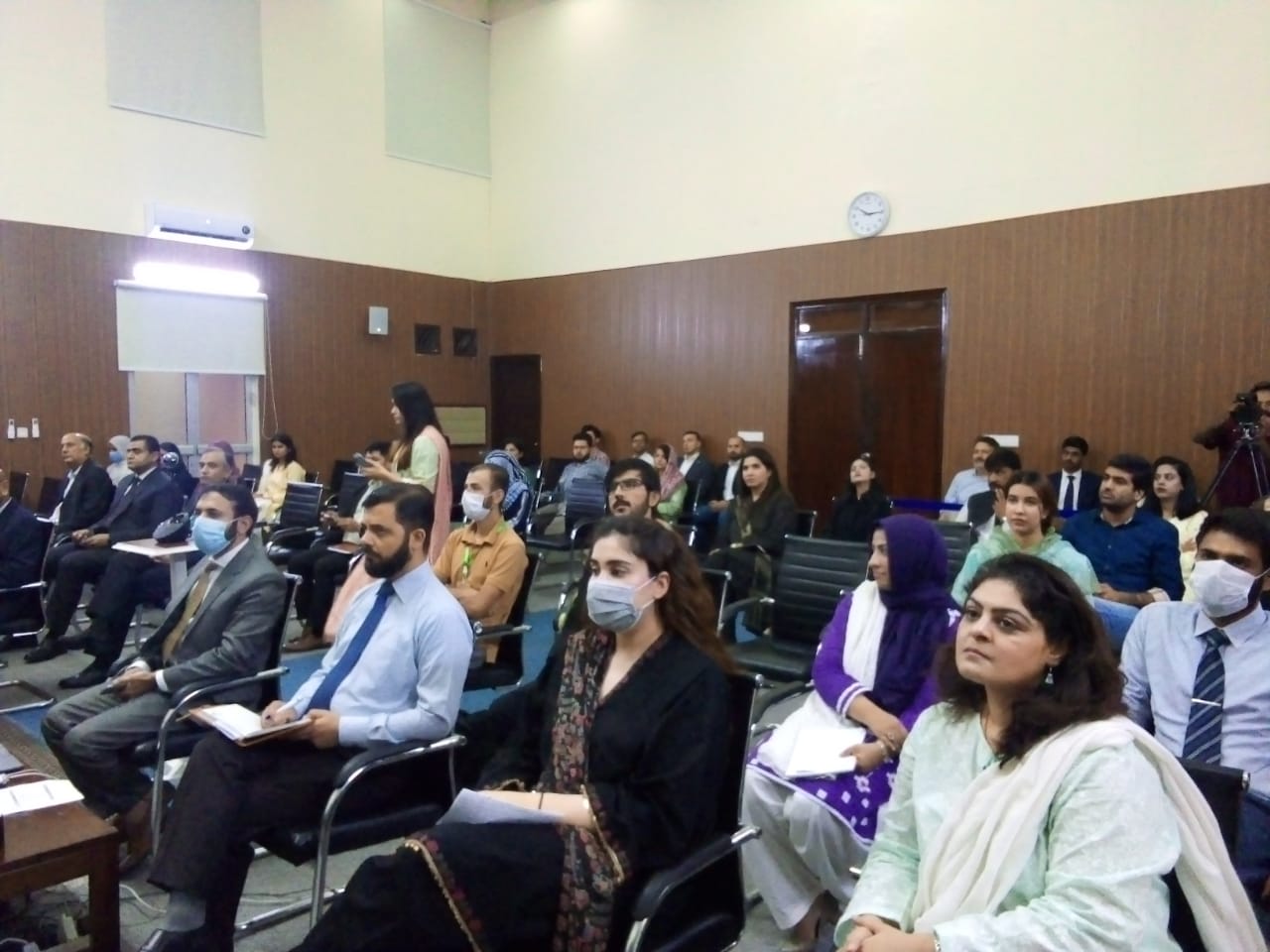 Dr. Yaqoob said that democracy and investment in the democratic culture were imperative for Pakistan to move forward and compete with the world. While corruption was an easy target to blame for all the ills, a bright future for this great Country only required a strong rule of law and stronger institutions to ensure their implementation instead of mere infatuation with the eradication of corruption, he said. 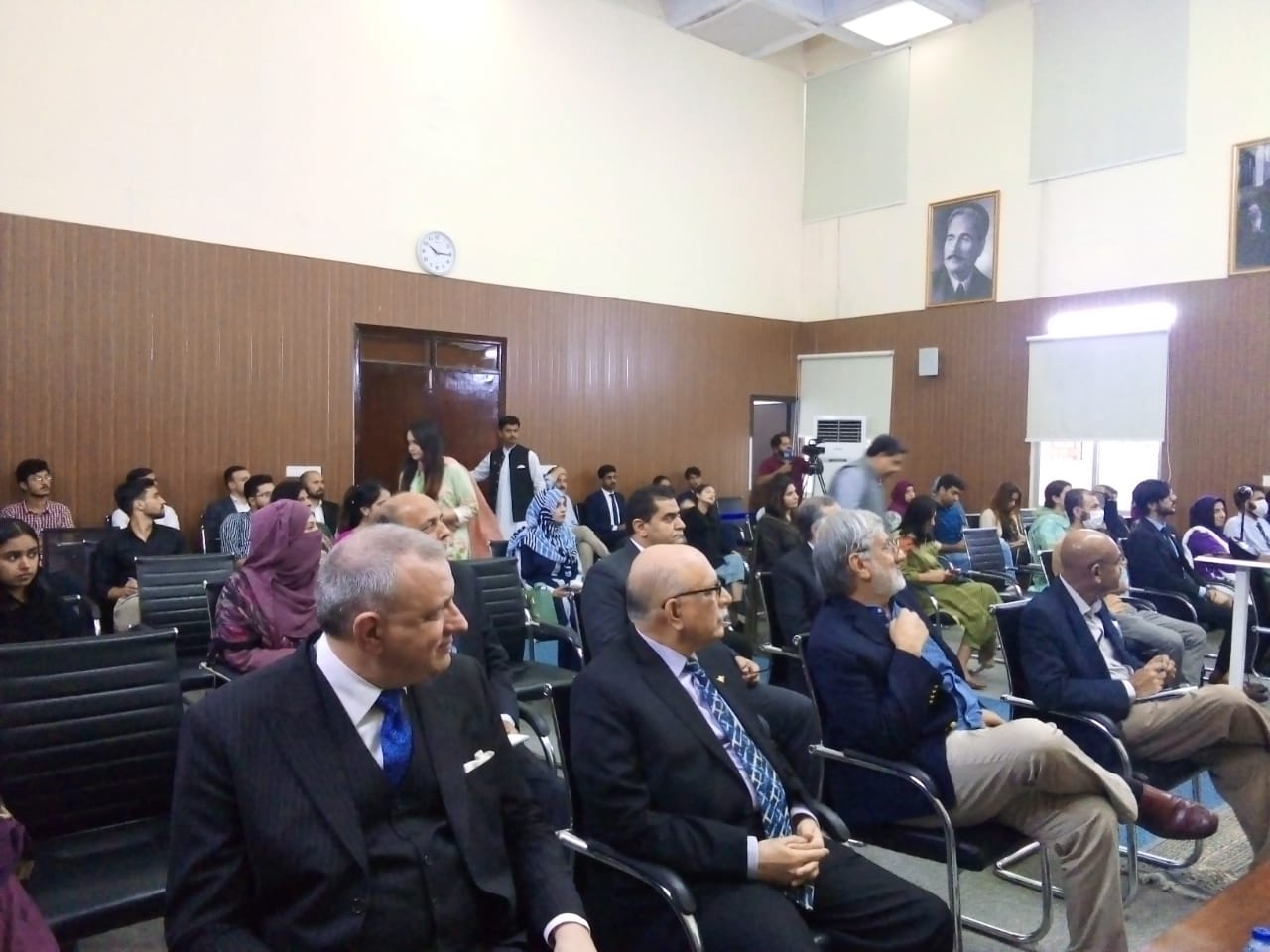 Ambassador Dr. Major General Raza Muhammad, President of Islamabad Policy Research Institute (IPRI) said that Pakistan was amongst the most resilient Country across the globe to be standing tall despite having endured endless challenges including the menace of terrorism. He expressed his hopes for a bright future of Pakistan with its youth leading from the front.

While elaborating on addressing the issues of governance Dr. Rifaat Hussain said that transparency, responsibility, accountability, sense of participation, and responsiveness were imperative for improved governance. 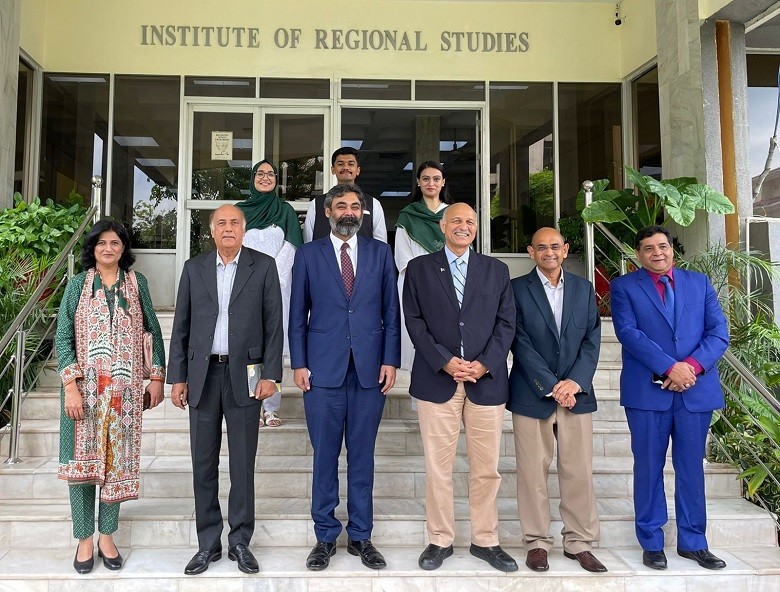 Mr. Kaleem Imam, former IGP, said that Pakistan had paid a huge cost while dealing with extremism and that the role of the Law Enforcement Agencies (LEAs) was commendable in curbing the menace during active waves of militancy.

Justice Nasira Javed Iqbal emphasized the propagation of rule of law across all sectors, and for all segments of society. She said that 75 years had passed since independence and that while a lot had been achieved in terms of the improvements required to the justice system, there was still a need to ensure speedy justice for the law and order to prevail. Other worthy panelists in the seminar included Ms. Aisha Kahn, Senator Sitara Ayaz, and Dr. Ghulam Rasul.

Mati
Mati-Ullah is the Online Editor For DND. He is the real man to handle the team around the Country and get news from them and provide to you instantly.
Share
Facebook
Twitter
Pinterest
WhatsApp
Previous articleAnother minor Christian girl faces forced faith conversion
Next articleShell Pakistan posts profit for H1 2022