RAWALPINDI, Pakistan: Pakistan beat South Africa by 95 runs in the Second Test Match at Pindi Cricket Stadium on Monday, registering a whitewash against the visitors in a two-match Test Series.

It’s the first time in 18 years that Pakistan won a Test Series against South Africa.

In the pursuit of a 370-run target to win the match, South Africa were bowled out for 274 runs in the second innings. 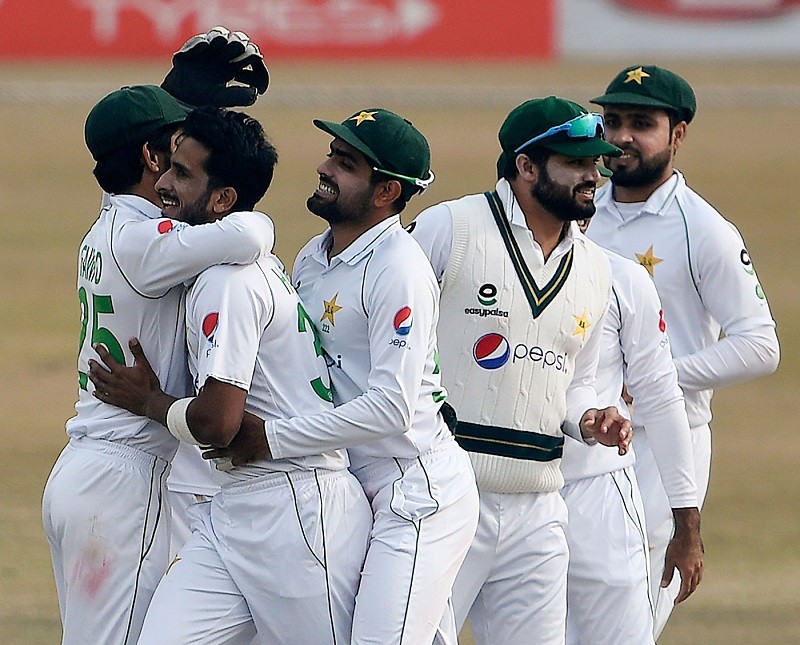 Hasan Ali picked up 5 wickets in the second innings as well, taking a 10-wicket haul in the match for 114 runs.

It was the first 10-wicket haul for a Pakistani bowler in 15 years.

The left-army Shaheen Shah Afridi bagged 4 wickets in the second innings while Yasir Shah also added one more wicket to his tally.

Cricket back in Pakistan so is fast bowling. In 5 Tests since the return, Pakistan pacers have taken 4 five-wicket hauls and a hat-trick [Naseem Shah]. #PakvRSA

For South Africa, Aiden Markram remained the highest scorer in the second innings with 108 runs followed by Temba Bavuma with 61.

In both of their innings, Pakistan scored 272 and 298 runs respectively while South Africa put 201 and 274 runs on the board.

The wicket-keeper batsman Mohammad Rizwan also smashed his maiden Test Century for Pakistan in the second innings and remained not out for 115.

With the victory in the Test Series, Pakistan have now jumped to 5th Spot in ICC Test Rankings – their highest ranking since January 2017. 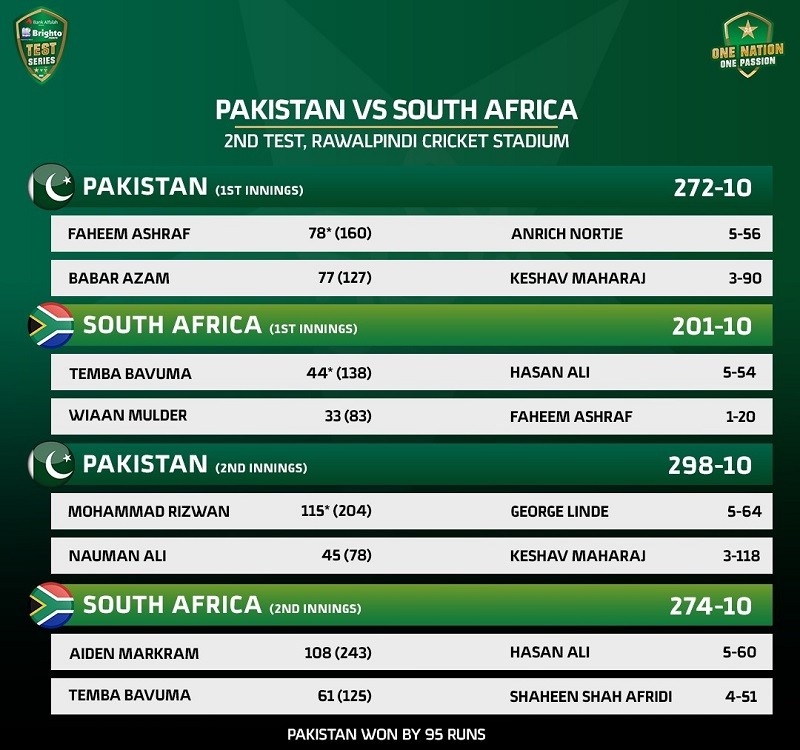 Mati
Mati-Ullah is the Online Editor For DND. He is the real man to handle the team around the Country and get news from them and provide to you instantly.
Share
Facebook
Twitter
Pinterest
WhatsApp
Previous articleDo not drag army into politics, DG ISPR asks opposition
Next article8 Tips for Landing Your First IT Job – Check Out These Details!