ISLAMABAD, Pakistan: President Dr Arif Alvi has said that Pakistan regards Japan as its close friend and a key economic partner and would like to facilitate Japanese investors in every possible way to invest in all sectors of its economy.

While talking to Ambassador-designate of Pakistan to Japan Imtiaz Ahmed who called on him at Aiwan-e-Sadr in Islamabad on Tuesday, the president congratulated him on his new assignment, and urged that the relations between two Countries were on an upward trajectory but still need extra efforts to realize the true potential. 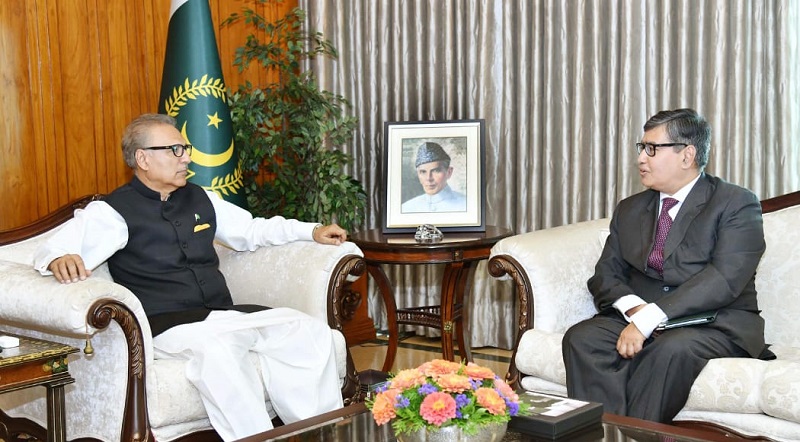 The president advised the ambassador-designate to make fresh endeavours to further strengthen the existing relations to the mutual benefit of the people of both countries.

Furthermore, he emphasized the need to explore possibilities in Japan for Pakistani skilled and semi-skilled manpower.

Dr Arif Alvi wished the ambassador-designate a successful stay in Japan and hoped that his tenure will bring more vigor and energy to the bilateral relationship between the two countries.

Mati
Mati-Ullah is the Online Editor For DND. He is the real man to handle the team around the Country and get news from them and provide to you instantly.
Share
Facebook
Twitter
Pinterest
WhatsApp
Previous articleDeputy Collector Customs Quetta Dr. Abdul Qudoos Shaikh lays down his life in line of duty
Next articleShandur Polo Festival 2019 ends with Chitral-A’s victory against Gilgit-Baltistan-A