ISLAMABAD, Pakistan: The National Security Advisor of Pakistan Lt. General (retd) Nasser Khan Janjua on Wednesday said being located geographically at World’s central point, Pakistan offered India immense opportunities to have an easy access to Central Asia and Eastern Europe but for it, India had to leave its hostile approach towards Pakistan and resolve all outstanding disputes peacefully.

“If India looks at Pakistan without hostility and initiates dialogue to settle amicably all bilateral disputes then we can not only bridge India with Central Asia but as far as Eastern Europe and then Europe,” Lt. General (retd) Nasser Janjua said while addressing at a National Seminar organized by the Institute of Strategic Studies Islamabad (ISSI) in Islamabad with the title “Non-Traditional Security Challenges to Pakistan”. 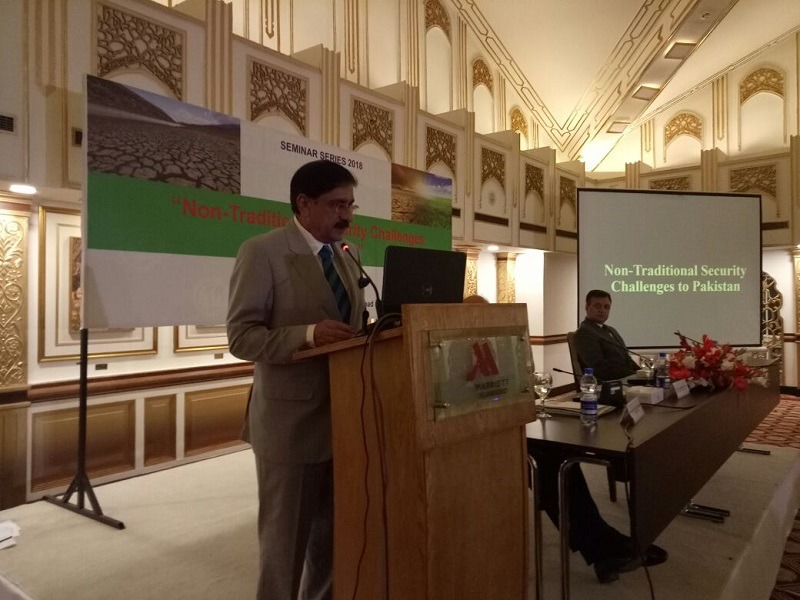 Nasser Janjua said Pakistan was a land of opportunity and it linked the whole World, having a geographically centric position.

The national security advisor said Asia particularly India and Pakistan were at central point of the World, adding both the neighbors could not remain enemies forever.

“India should understand this reality,” Nasser Janjua remarked, terming Pakistan a trade and economic hub of the future World.

Mati
Mati-Ullah is the Online Editor For DND. He is the real man to handle the team around the Country and get news from them and provide to you instantly.
Share
Facebook
Twitter
Pinterest
WhatsApp
Previous articleNo space for any new NRO in today’s Pakistan: Shah Mehmood Qureshi
Next articlePakistan, Turkey to remain valuable strategic partners: Minister