Silk Route Exhibition is an annual feature in Kyrgyzstan which is organized under the patronage of former President of Kyrgyzstan for three weeks where all countries are given an opportunity to showcase their culture, cuisine, dresses and tourist attractions.

This year the festival was started on April 5 and will continue till April 28. 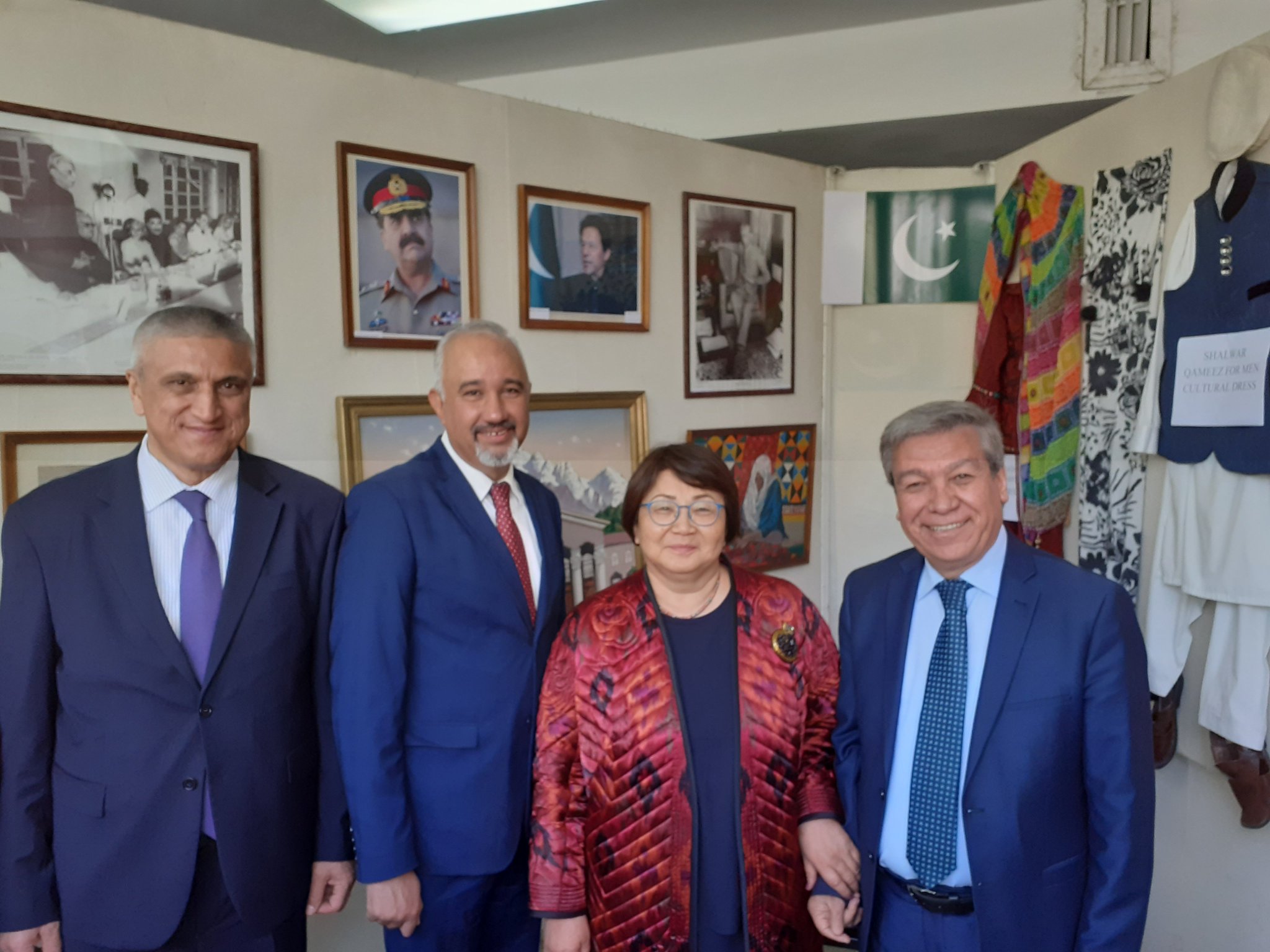 While visiting the stall former Prime Minister fondly recalled her numerous meetings with the Pakistani leadership especially former Prime Minister Benazir Bhutto. She particularly lauded excellent work put in by Pakistani students along with the embassy in showcasing the rich cultural heritage of Pakistan. At least 30000 guests are expected to attend the festival.

Many Ambassadors and senior government Ministers and officials also visited the Pakistani stall.