Talking to the Vice President of General Electric (GE) John Rice who held a meeting with him in New York, the prime minister said that we are looking forward for more American companies to invest in diverse fields in Pakistan.

While appreciating the long association of General Electric with Pakistan, the prime minister said that Pakistan has been benefiting immensely from the expertise of the company. 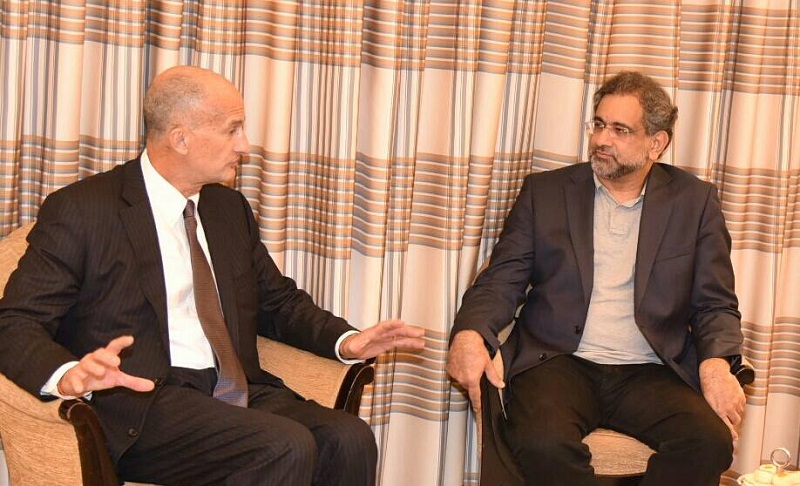 John Rice said that Pakistan is a very important market for General Electric.

“We are committed to expand our business in Pakistan,” the GE vice president said.

The vice president expressed his desire for investment in locomotives fabrication and health sector system delivery.

Shahid Khaqan Abbasi is in the United States on a four-day tour wherein he mainly aims to address the 72nd session of the UN general assembly in New York on September 21 in which he would outline Pakistan’s positions on key international political, social and development issues of vital concern to the Country.

Besides, the prime minister will also hold a number of bilateral meetings with world leaders including the UN Secretary-General Antonio Guterres and the US Vice President Mike Pence on the sidelines of the session.

Mati
Mati-Ullah is the Online Editor For DND. He is the real man to handle the team around the Country and get news from them and provide to you instantly.
Share
Facebook
Twitter
Pinterest
WhatsApp
Previous articleWe shall never forget Maj Gen Sanaullah Khan
Next articleCAREEM & IDEA CRORON KA BRING IDEA-ON-WHEELS!