Talking to a delegation of Pakistan Textile Exporters Association (PTEA) which headed by the Chairman PTEA Shaiq Jawed held a meeting with him at PM Office in Islamabad, the prime minister reiterated the commitment of the government to undertake all possible measures aimed at creating an enabling environment for the businesses to grow and making competitive headway globally. 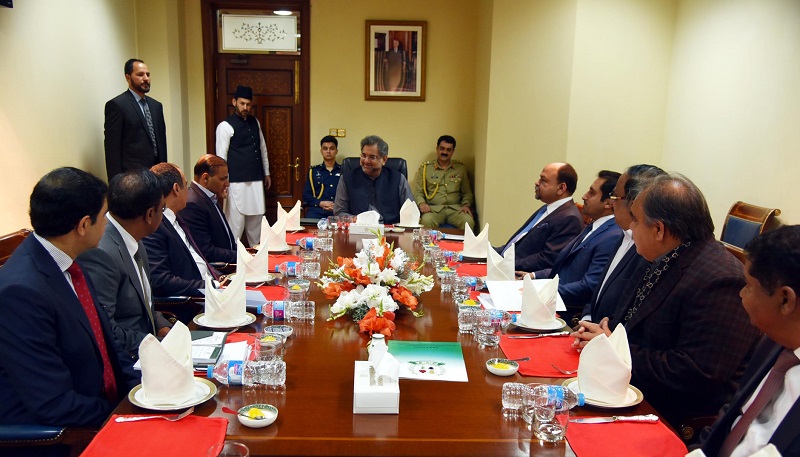 The PTEA delegation lauded the concerted efforts of the present government towards successfully overcoming the energy crisis in the Country. The delegation also appreciated the export package announced by the government for the textile exporters.

The members of the delegation expressed their resolve to boost Pakistan’s textile exports beyond US$ 40 billion in the next five years due to the support being given by the government.

The prime minister assured that the proposals of the PTEA would be considered and steps would be taken to facilitate the textile exporters in consultation with all the stakeholders for export oriented growth in the Country.

The Minister of State for Power Chaudhry Abid Sher Ali was also present during the meeting.

Mati
Mati-Ullah is the Online Editor For DND. He is the real man to handle the team around the Country and get news from them and provide to you instantly.
Share
Facebook
Twitter
Pinterest
WhatsApp
Previous articleNo comparison between me and Nawaz Sharif, says PM Khaqan
Next articlePak-China friendship has no parallel: Ayaz Sadiq