ISLAMABAD, Pakistan: The Pakistani nation is observing the Kashmir Solidarity Day on Wednesday, reiterating its wholehearted support to the just struggle of Kashmiri people for their inalienable right to self-determination under the United Nations resolutions, the Dispatch News Desk (DND) news agency reported.

The Kashmir Solidarity Day has now sealed even more significance by the fact that India revoked the special status of Occupied Kashmir in August 2019 in breach of all international laws, and since then the entire population of the held territory has been under lockdown. 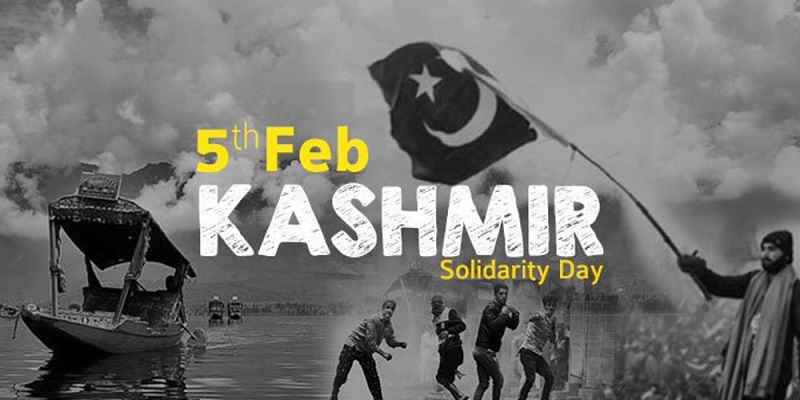 Earlier in the morning, the Prime Minister’s Special Assistant on Information and Broadcasting Dr Firdous Ashiq Awan along with Parliamentarians, female anchorpersons, and women & children from all walks of life held a march towards the UN Office in Islamabad, and presented a memorandum highlighting oppression of Indian armed forces in Indian Occupied Jammu & Kashmir (IOJ&K) to the UN Resident Representative in Pakistan Julien Harneis.

In connection with the day, Prime Minister Imran Khan will address the Special Session of Azad Jammu and Kashmir (AJK) Legislative Assembly in Muzaffarabad to express solidarity with the oppressed Kashmiri brethren.

Besides, human chains are being formed at Kohala, Mangla, Holar and Azad Pattan points linking Pakistan and Azad Kashmir. Likewise, rallies, public meetings and seminars are being held across the Country including Azad Kashmir to draw attention of the World Community towards grave human rights violations and brutalities against innocent Kashmiris by the Indian security forces.

Meanwhile in their separate messages, President Dr Arif Alvi, Prime Minister Imran Khan and the Foreign Minister Shah Mahmood Qureshi reaffirmed Pakistan’s unflinching support for the Kashmiri brethren who have been subjected to an inhuman lockdown and communications blockade for six months now.

They also reiterated that Pakistan will continue to extend its full moral, political and diplomatic support until the Kashmiri people have realized their legitimate right of self-determination in accordance with the United Nations Charter and the relevant UN Security Council Resolutions.

“We pay homage to martyrs of Kashmir today. We resolve that this land (Jammu and Kashmir) is our land & the people are our people. Jinnah Sb said that it (Kashmir) remains the unfinished agenda of the partition. India can kill but cannot suppress the will of the people. They shall rise again and again and again,” President Arif Alvi said in his statement.

The entire Pakistani nation stands as one in solidarity with our Kashmiri brothers and sisters. We will continue to raise our voice for their inalienable right to self determination #LetKashmirSpeak #KashmirSolidarityDay

Mati
Mati-Ullah is the Online Editor For DND. He is the real man to handle the team around the Country and get news from them and provide to you instantly.
Share
Facebook
Twitter
Pinterest
WhatsApp
Previous articleKashmir Solidarity Day: Genocide continues under Immoral Silence
Next articleWhy solidarity with the oppressed Kashmir!?