Pakistan Navy Jobs 2020 | How to Join Navy in Pakistan? 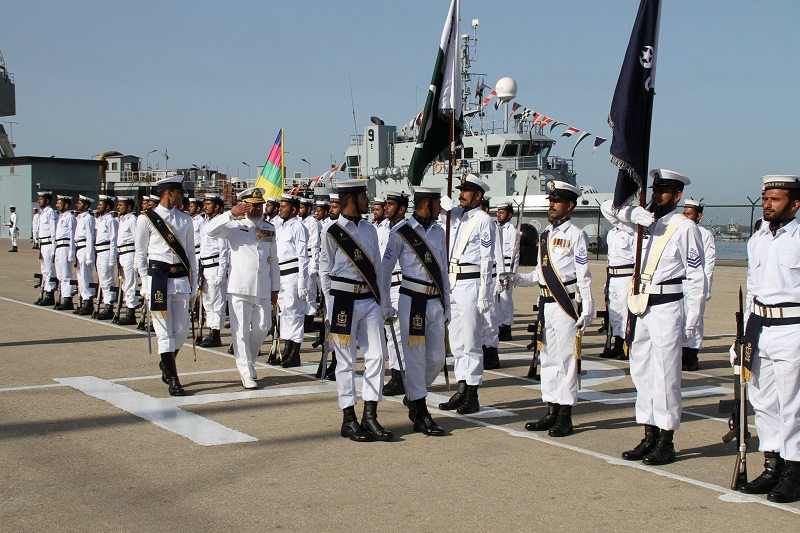 Latest Jobs Updates – Here is How to Join Pakistan Navy in 2020?

A career as a Professional Officer

After recruitment as cadets, Pakistan Naval Academy serves as the cradle, grooming them professionally, morally, educationally, mentally and physically. Personality traits of individuals are developed which result in proficient Naval Officers equipped with the highest ideals of loyalty, honour, courage and dedication.

After 1½ years at PNA, the cadets pass out as midshipmen and join ships. In the fleet, they experience the life at sea while working in different areas onboard. After 6 months of training at sea, the midshipmen are commissioned as Sub-Lieutenants.

Note: Free Messing, Accommodation and Uniform will be provided during training.

If you want to apply for the job in Pakistan Navy as Professional Officer, all details related to the procedure and eligibility are given as follows:

As per the defined procedure, the Operations branch Sub-lieutenants join the Naval Engineering College for 2-1/2 years. During this period these officers undergo an engineering degree program in Electronics, earning them a degree from NUST (National University of Sciences & Technology). After successful engineering graduation, the officers from Operations branch undergo professional courses at various schools which include:

With this educational and professional training, these officers are appointed onboard ships to obtain watch-keeping certificates.

For Mechanical branch officers, 2-1/2 years further training at PN Engineering College in the discipline of Mechanical Engineering earns them the BE (Mechanical) degree from NUST. Then these officers join the fleet seeking watch-keeping certificates onboard ships.

Logistics branch officers join the School of Logistics and Management, affiliated with the Institute of Business Administration. After 2 years of training, these officers earn BBA (Hons) degree and join ships for their competency certificates.

Candidate must have qualified Matric/ O level and HSSC/ A level with at least 60% marks with any of the following subjects:

How to Get Registered in Pakistan Navy?

You can register yourself by visiting nearest PN Recruitment & Selection Centre along with the following documents during the period prescribed by NHQ through advertisement.

Following are the details for application of Engineering Cadets in Pakistan Navy: 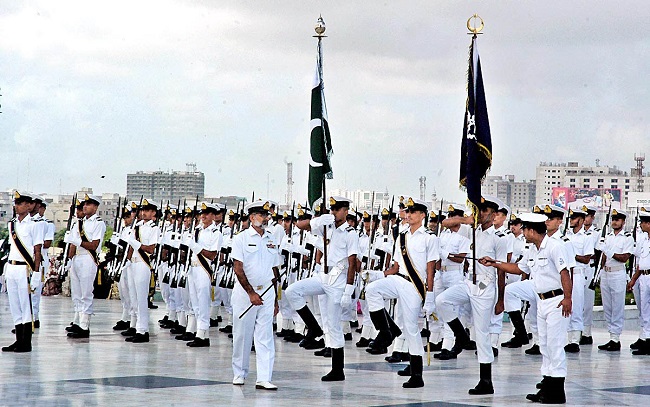 Nine months training will be given at various training establishments of Pakistan Navy.

For Special Branch as Computer Programmers

Following are the details to apply for Special Branch as Computer Programmers in Pakistan Navy. 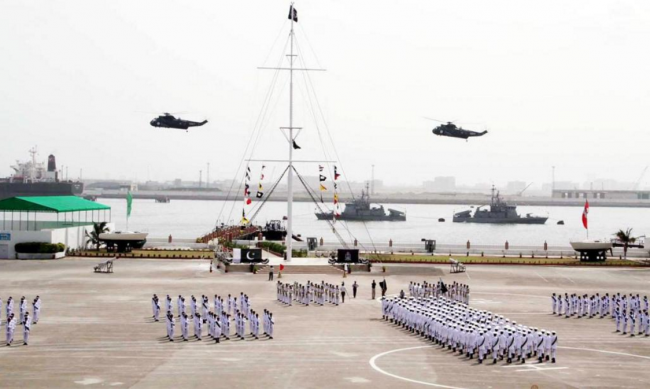 Following are the details to apply for Law Branch in Pakistan Navy.

How to Apply for These Positions?

For Registration, visit nearest Pakistan Navy Recruitment & Selection Centre along with original and attested photocopies of following academic documents and an uncrossed Postal Order of Rs. 200/- in the name of Director of Recruitment.

Career As A Proud Sailor

After enrolment in the navy as a sailor, they join boot camp training in the New Entry School at PNS HIMALIYA . Upon successful completion of initial training, they are allocated different branches and sent for subsequent Technical training. This forms the basis of their technical base, which is consolidated with subsequent professional and technical training at respective schools.

Here is the recruitment procedure for a sailor in Pakistan Navy:

You can register yourself by visiting nearest PN Recruitment & Selection Centre along with the following documents during the period prescribed by NHQ through advertisement.

A career as a Competent Civilian

The Pakistan Navy is open as a career to those who wish to join the Navy as a civilian officer in grade 16 to 19 in respective organizations/divisions:

The requisite qualification, experience, age limits for A Civilian Doctor at PNS SHIFA and Civilian Instructor at BIMS appointments in respective organizations/divisions may be obtained from:

The Director of Civilian Personnel

Check out the latest Pakistan Navy Jobs in Pakistan Navy for 2020 and apply timely by following the procedure as explained above. The last date for registration of these opportunities according to the advertisement is 31st May 2020. (Ad attached below)

Mati
Mati-Ullah is the Online Editor For DND. He is the real man to handle the team around the Country and get news from them and provide to you instantly.
Share
Facebook
Twitter
Pinterest
WhatsApp
Previous articleHow to make money online
Next articleThe perverse mathematics of tragedy