ISLAMABAD, Pakistan: The former Maldives Minister of Economic Development Mohamed Saeed has said that Pakistan and Maldives share common ideologies and these brotherly relations are bound to grow stronger.

While speaking in an Online Interactive Session organized by the Islamabad-based Center for Global & Strategic Studies (CGSS) on the topic “The Impossible Depths: How Maldives is challenged by the Indian Ocean Power Struggles”, Mohamed Saeed said that the evolving dynamics of the Indian Ocean Region are very significant for not only both Countries Pakistan and Maldives but for the entire region.

Referring to the 2018 report issued by CNN, Mohamed Saeed said that as China grows, India is looking to build military presence in Seychelles.

The former Maldivian minister said that India demands a dominant role in the region, especially at a time when the world economy is shifting from West to East.

The Maldivian lawmaker also mentioned the socio-economic progress that Maldives has made under the leadership of the former President Abdulla Yameen during the period from 2013 to 2018. 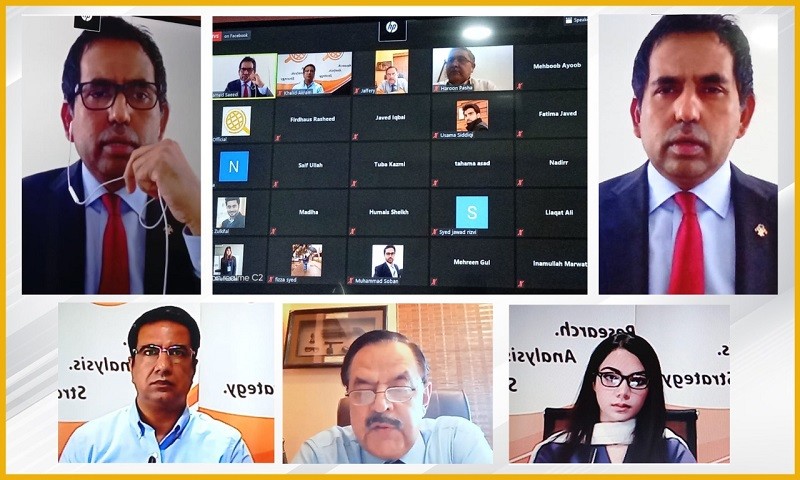 Mohamed Saeed further said that the dominance of entry and exit points through the Indian Ocean will play a major role towards winning the new fundamentals of capitalism in the 21st Century.

In this context, China’s corporate ideology that is the Belt and Road Initiative (BRI) will be far outreaching than India in the decades to come. The history reveals the fact India is ruled by 60 million Brahmans. These 60 million Brahmans oppress 1.3 billion Indians, and among them 400 million Dalits and 900 million are the lower castes including the Muslims.

The former Maldives minister said that India is a democracy build on biasness and racial discrimination, always trying to prove that they are a worthy servant of the West in South Asia by bullying smaller neighbors in the region.

His speech was followed by an interactive session in which students of Masters and Ph.D. level asked various questions revolving around different themes including the contemporary Strategic Dynamics of the World, Pakistan-Maldives relations, and the role of Maldives in controlling Climate Change, etc.

The CGSS president expressed his gratitude to Mohamed Saeed on behalf of the CGSS for joining the international interactive session as a keynote speaker.

Major General (retd) Syed Khalid Amir Jaffery said that the CGSS is constantly working on various issues including extensive analysis on the Indian Ocean Region as it is a very significant subject.

The Session was moderated by the Research Assistant CGSS Minahil Shawal Afridi.

Mati
Mati-Ullah is the Online Editor For DND. He is the real man to handle the team around the Country and get news from them and provide to you instantly.
Share
Facebook
Twitter
Pinterest
WhatsApp
Previous articleTECNO “Real Hero” Spark 6 expected to be launched on September 21
Next articleOPPO Reno4 Series Price in Pakistan