Pakistan looks for further deepening of engagement with EU: Dastgir

BRUSSELS, Belgium: The Minister for Defence Khurram Dastgir Khan has said that Pakistan looks for further deepening of engagement with the European Union (EU) following signing of Strategic Engagement Plan.

While talking to the Chairman Foreign Affairs Committee of the European Parliament David McAllister in Brussels on Thursday along with the parliamentary delegation of Pakistan-EU Friendship Group, Dastgir briefed David McAllister on the success of democratic government in Pakistan in dealing with the issues of terrorism and power shortages.

The minister informed about the functioning and consolidation of democratic process in Pakistan since 2008.

“As sustenance of democracy creates space for other institutions to grow, so great progress has been made in the realms of human rights and economic opportunities in Pakistan,” the minister added. 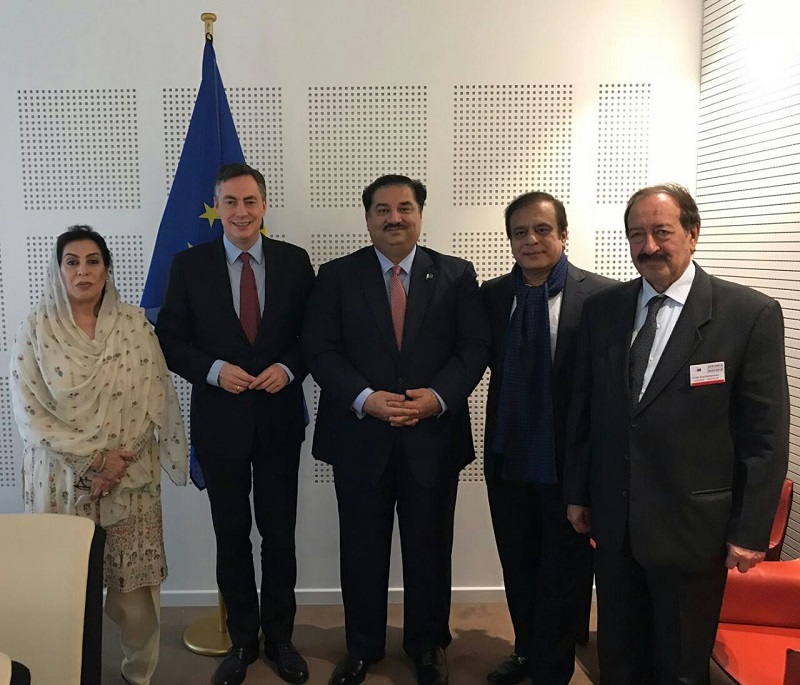 “There are visible signs of improvements in Pakistan,” the minister said.

The defence minister appreciated the support rendered by the EU and China while Pakistan was facing security and economic challenges, which helped immensely in generating economic activities.

David McAllister appreciated efforts of government of Pakistan in overcoming various Challenges. He recalled his visit to Pakistan fondly, saying that it was good to see progress in Pakistan. He hoped for further strengthening Pakistan-EU engagement and to have Pakistan EU Summit soon.

Talking about the challenges to fight terrorism at ideological level Mr. Khan informed that recently there was a “Message from Pakistan” in which all religious leaders condemned terrorism.

“Blame game will not achieve desired results” he asserted.

Mati
Mati-Ullah is the Online Editor For DND. He is the real man to handle the team around the Country and get news from them and provide to you instantly.
Share
Facebook
Twitter
Pinterest
WhatsApp
Previous articlePakistan’s food exports increase 16.81%
Next articlePakistan privileged to be part of Belt and Road Initiative: PM Khaqan