ISLAMABAD, Pakistan: Pakistan-Kyrgyzstan Trade House has been announced to establish and increase the strong trade linkages between the two Countries.

Global Business Alliance, a growing network of traders, has initiated this unique concept in collaboration with the Embassy of the Kyrgyz Republic. 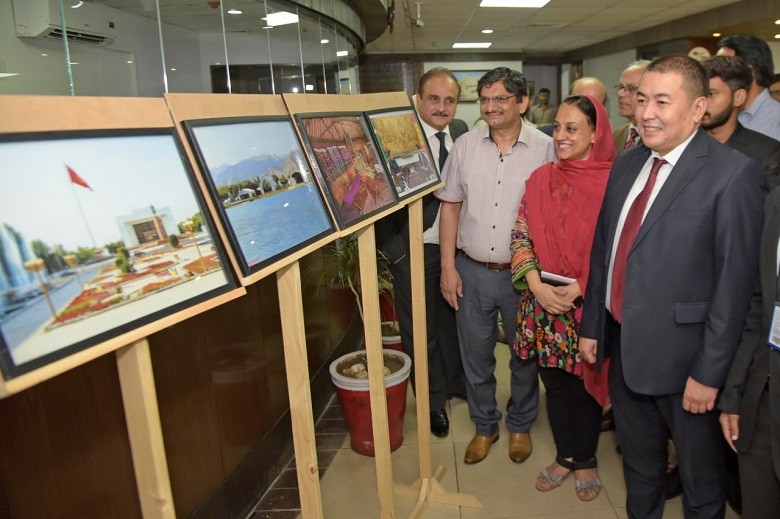 While speaking on the occasion, the Ambassador of the Kyrgyz Republic said that strong bilateral ties between Pakistan and Kyrgyzstan reflect that both nations are ready to build the next decades of future cooperation.

The ambassador further highlighted the important ongoing projects between the states and the region where both countries collaborate, especially building on the connectivity projects.

H.E Ulanbek Totuiaev highlighted that a large number of Pakistani students studying in various educational institutions in Kyrgyzstan. Both countries are also exploring the possibilities of opening direct flights from both sides. Farhat Asif, President, the Institute of Peace and Diplomatic Studies, shared the historical ties between the two states and the background of hosting this seminar.

Dr. Manzoor Somoro, Former President of ECO Science Foundation, highlighted the significance of science and technology and especially about the early year education and prospects for collaboration between the two brotherly countries.

Dr. Somoro emphasized the importance of practical learning at the foundation level which provides a strong foundation for higher studies.

In the concluding remarks, Dr. Rashid Aftab, Director of Riphah Institute of Public Policy, congratulated the ambassador of the Kyrgyz Republic on the 30th anniversary of bilateral ties.

While commenting on the current monsoon disaster in Pakistan, he stated that Pakistan is bestowed with glacial mountain ranges, which gives Pakistan abundant freshwater sources, there is an issue of water management rather than water deficiency. He emphasized establishing stronger trade ties and mutual collaboration in the Agricultural Sector and Education sectors between both countries for the region’s sustainable development.

The seminar ended with a “Kyrgyzstan Pakistan Dosti Zindabad” by the Kyrgyzstan Ambassador.

The guests were then invited to the Photo Exhibition, where the past ties of Pakistan and Kyrgyzstan were beautifully exhibited.

Mati
Mati-Ullah is the Online Editor For DND. He is the real man to handle the team around the Country and get news from them and provide to you instantly.
Share
Facebook
Twitter
Pinterest
WhatsApp
Previous articleKhurram Dastagir launches Energy Policy report, thanks China for CPEC
Next articleYAP Pakistan partners with Bank Alfalah to launch B2B financial services