Government of Pakistan
By Mati
November 1, 2022

ISLAMABAD, Pakistan: The Ambassador of Republic of Kazakhstan Yerhan Kistafin held a meeting with the Federal Minister for Science and Technology Agha Hassan Baloch in Islamabad on Tuesday. 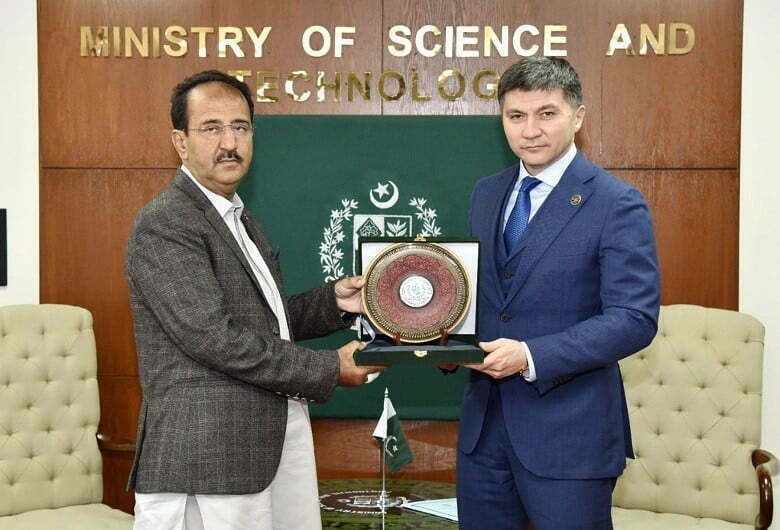 The Joint Scientific Advisor and Director General Pakistan Standards and Quality Control Authority (PSQCA) Zain Ul Abdeen has been appointed by the minister to represent Pakistan in the Summit.

The Federal Minister for Science and Technology Agha Hassan Baloch while talking on the Summit said that the mutual collaboration of OIC Member States in Science, Technology, Innovation and Research is very optimistic and need of the hour.

While commending the progress of Pakistan in Science and Technology, the Kazakh Ambassador Yerhan Kistafin reiterated his desire to further the scientific cooperation, exchange of each other’s experience and signing of MoUs with Pakistan.

The meeting was marked with traditional warmth, mutual understanding and trust.

In concluding remarks, both sides reaffirm their firm resolve to broaden ties in field of Science, Technology, Innovation and Research.

The Scientific collaboration between two Countries was first signed in 1999 and in 2020 it was again extended for next 10 years; however, it would be further activated during the OIC 15 Session.