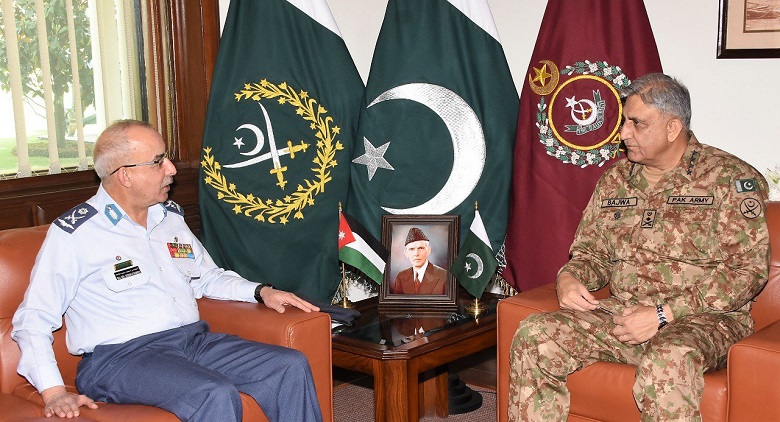 The Inter Services Public Relations (ISPR) said that during the meeting, matters of mutual and professional interest with special emphasis on defence and security collaboration between the two brotherly countries were discussed.

Separately, Imam-e-Kaaba His Excellency Shaikh Abdul Elah Al Juhani also met the COAS in Rawalpindi today, and expressed that Pakistan has a momentous place in the Muslim world and appreciated Pakistan’s positive role for regional peace and stability.

During the meeting, both expressed satisfaction on the brotherly relations between Pakistan and Saudi Arabia, and stressed upon the need for intensifying efforts to enhance peace and harmony in the Muslim World.

Mati
Mati-Ullah is the Online Editor For DND. He is the real man to handle the team around the Country and get news from them and provide to you instantly.
Share
Facebook
Twitter
Pinterest
WhatsApp
Previous articleNames of six Pakistanis killed in a House Fire in UAE
Next articleCGSS to host Int’l Conference on “India’s False Flag Operations” in Islamabad on April 16