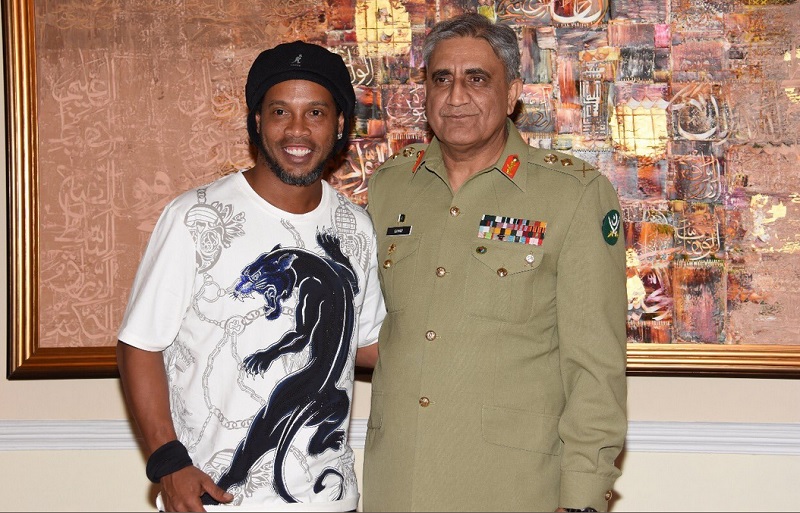 The COAS thanked them for their visit to Pakistan, the Inter Services Public Relations (ISPR) said in a press release.

The visiting players thanked the COAS for organizing their tour and the support. They said that Pakistan is a beautiful Country and they look forward to enjoy the trip.

The COAS also thanked Leisure League for organizing the trip in collaboration with Pakistan army and promoting peace & sports.

Earlier in the morning, seven International footballers arrived in Pakistan to play two matches, the first of which is being played at Abdul Sattar Edhi Hockey Stadium in Karachi on Saturday evening while the second match will be played in Lahore on Sunday.

Ronaldinho will lead one team while the other team will be led by Ryan Giggs. Both the teams will be a mix-up of foreign and local players.

Mati
Mati-Ullah is the Online Editor For DND. He is the real man to handle the team around the Country and get news from them and provide to you instantly.
Share
Facebook
Twitter
Pinterest
WhatsApp
Previous articleNajam Sethi, Arif Ejaz nominated as PCB Executive Committee members
Next articleFour Federal Ministers raise serious reservations over JIT