FeaturedGovernment of Pakistan
By Mati
January 5, 2021

In a meeting with an Iranian delegation headed by the Chief of Iran’s Anti-Narcotics Police (ANP) Brigadier General Majid Karimi at the Ministry of Narcotics Control in Islamabad on Tuesday, Ijaz Shah emphasized on the fact that the fight against narcotics is of global importance because today we see serious harm to communities and the young generation.

“Each Country may have its own methods and approach to curb the illicit drug problem but in Pakistan, we are looking to cut the illicit drug demand, and if demand is stopped, supply and trafficking will also be stopped,” the minister said.

“We are trying to identify and cut the narcotics demand in Quetta, the area close to the border with Iran, and in addition, we demand the exchange of information between the two Countries and the strengthening of cooperation between relevant institutions,” he said. 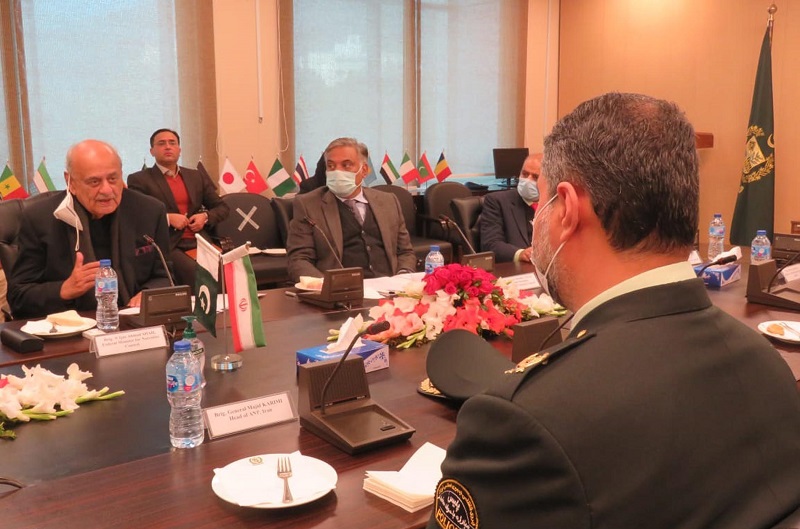 The federal minister for narcotics control also promised to follow up the issues caused by drug traffickers.

General Majid Karimi stressed the readiness of the Islamic Republic of Iran and its Anti-Narcotics Police to expand cooperation with Pakistan’s friendly and neighboring Country.

Welcoming the issues raised by the federal minister, he said that “Our main problem today is the increase in poppy production in the region”.

The federal minister agreed and further said that “I believe that overcoming drug problems which include production, demand, supply, and consumption will help in enhancing overall peace in the society”.

The Chief of Iran’s Anti-Narcotics Police emphasized by saying that “We have the capacity to face this challenge but it is necessary to further strengthen relations and bilateral cooperation between the Anti-Narcotics Forces of Iran and Pakistan”.

General Majid Karimi stressed Iran and Pakistan are victims of the drug problem and at the same time have an active role in the front line of this fight, so there is a need for more coordination on the common border to deal effectively with drug traffickers.

Brigadier General Majid Karimi called for an immediate response of Pakistani forces at the common border if any incident of smuggling occurs.

The Iranian Anti-Narcotics Police Chief further said that Iran is ready to train Pakistani forces and considering the strong capabilities of anti-narcotics force officers in Iran, we are ready to exchange staff and experts between the two countries.

Both the Chief of Iran’s Anti-Narcotics Police and the Federal Minister for Narcotics Control mutually agreed for further cooperation to eradicate the menace of drugs from both Countries.

Brigadier (retd) Ijaz Ahmad Shah said that my ultimate goal is to create a drug-free society and ensure that the future of my younger generation is safe.

The meeting was also attended by the Iranian Ambassador to Pakistan Seyed Mohammad Ali Hosseini, the Secretary Anti-Narcotics Control Shoaib Dastagir, the Liaison Officer of Iranian Police Force in Pakistan Colonel Omid Sarwari, and Senior Officials of the Ministry of Narcotics Control.