Pakistan in state of war as India has launched hybrid war against us: AJK President Masood Khan

ISLAMABAD, Pakistan: The President of Azad Jammu and Kashmir (AJK) Sardar Masood Khan has said that India has launched a hybrid war against us and now Pakistan and AJK are in the state of war.

In his speech on “Heaven Turned into Battle Ground” at a Conference on “Kashmir: Heaven in Ashes” organized by the Center for Global & Strategic Studies (CGSS) in Islamabad on Thursday, Masood Khan however voiced utter disappointment over the Arab World’s silence on Kashmiris’ sufferings.

The AJK President said that the Arab World reaction caused a disappointment and frustration among the people. He regretted that despite Kashmiris having been subjected to worst form of brutality by India, the Arab leaders remained tight lipped. 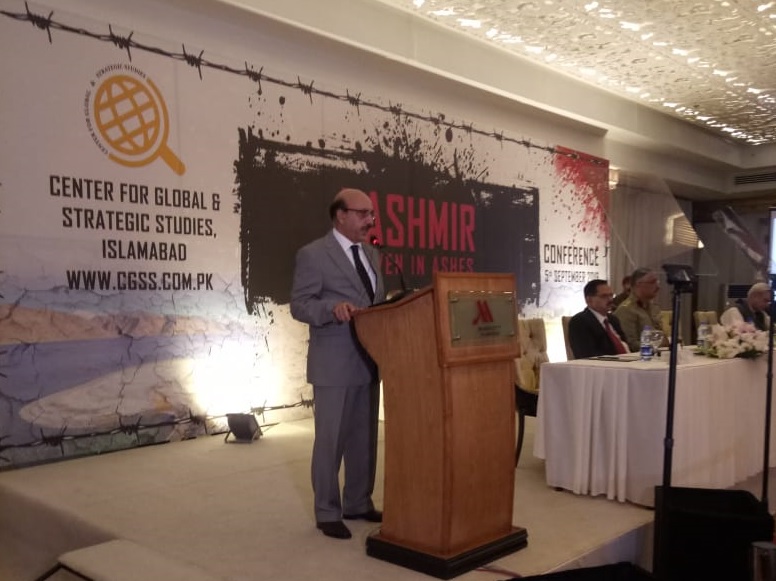 Masood Khan said that there is a humanitarian crisis in the Indian Occupied Kashmir (IOK) as the people there are faced with the shortages of food items and medicines. He said that situation prevailing in IOK should be a matter of concern for the World Community.

The Azad Jammu and Kashmir President said that the whole Kashmir valley is completely under siege, and the carnage of innocent civilians is continuing at the hands of Indian troops. He said that over 10,000 young people have been abducted from the Occupied Valley and have been imprisoned in notorious detention centers of India.

However, he said that Kashmiris are yet determined to get their right to self-determination and the sacrifices rendered by them for this right would never go in vain.

Sardar Masood Khan said that the Western Media and Think Tanks are now crying as they have understood that our stance was right.

The president said that the Article 370 of the Indian Constitution was an evil pack between Farooq Abdullah and New Delhi, and now India withdrew it confirming our point that Article 370 didn’t ensure the freedom rather it was a chain to buy time to execute change in the IOK Status.

Masood Khan said that Kashmiri living in the Occupied Valley would never accept subjugation and they had been fighting for their freedom under the Article 370 and will continue to fight even without it. 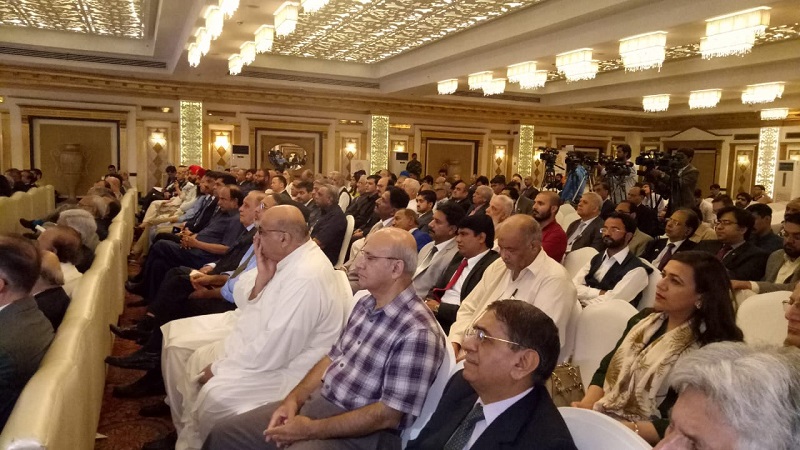 Furthermore, he said that we should not accept any bilateral framework with India now after some third party like United Nations finalize Kashmir under the UN Security Council resolutions.

Masood Khan said that Pakistan should sustain its diplomatic campaign to tell what is happening in the Indian Occupied Kashmir.

The AJK president said that moving to the United Nations is a good decision but just for once is not enough. He said that Pakistan has a legitimate claim in the UN and it must keeping on emphasizing on it again and again at the UN level. He said that that United Nations should set up war criminal courts to try who are involved in genocide in the Occupied Kashmir.

Mati
Mati-Ullah is the Online Editor For DND. He is the real man to handle the team around the Country and get news from them and provide to you instantly.
Share
Facebook
Twitter
Pinterest
WhatsApp
Previous articleConference on “Kashmir: Heaven in Ashes” organized by CGSS underway in Islamabad
Next articlePakistan proud of its strategic & brotherly relationship with KSA and UAE: Army Chief