DHAKA, Bangladesh: The High Commissioner for Pakistan Imran Ahmed Siddiqui met the Minister of Commerce of Bangladesh Tipu Munshi in Dhaka on Wednesday.

While recognizing the potential for growth in bilateral trade and investment, the two sides agreed to further strengthen existing commercial relations between Pakistan and Bangladesh. 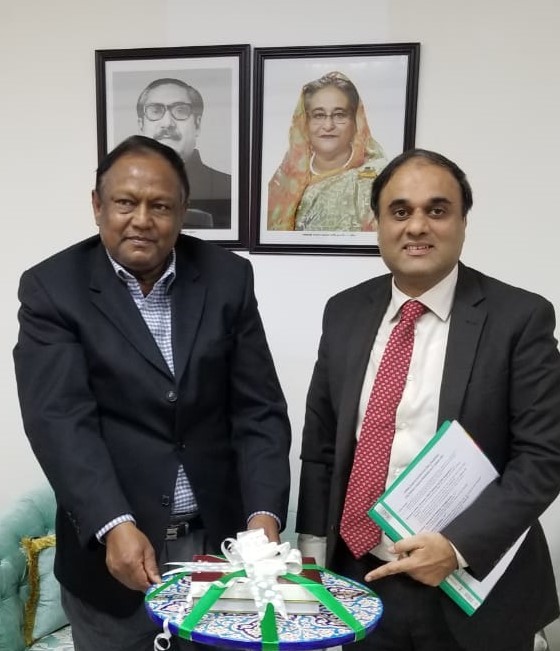 The High Commissioner proposed the early holding of the next session of the Joint Economic Commission (JEC).

Imran Ahmed Siddiqui further informed the Bangladeshi Minister of Commerce that as a goodwill gesture, Pakistan had removed all visa restrictions for Bangladeshi citizens. This should facilitate trade between the two countries.

The two sides agreed to encourage bilateral contacts including between private sectors for the promotion of commercial relations.

Mati
Mati-Ullah is the Online Editor For DND. He is the real man to handle the team around the Country and get news from them and provide to you instantly.
Share
Facebook
Twitter
Pinterest
WhatsApp
Previous articleHEC Advises Universities to Conduct Exams based on their Capacity and Need for Fair Assessment
Next articlePSL 2021 – Here Is Everything You Want To Know about Tickets, Schedule!