DHAKA, Bangladesh: The High Commissioner for Pakistan to Bangladesh Imran Ahmed Siddiqui paid a two-day visit to Chattogram on February 25-26, 2021.

The High Commissioner prayed at the Dargah and presented a Quranic Calligraphy by Pakistan’s well-known artist Ajab Khan for the Dargah’s Mosque. He was most affectionately received by the custodians of the Dargah and hundreds of devotees present at the Dargah.

The ancestors of Hazrat Shah Amanat had chosen Chattogram to spread the message of Islam in the 16th Century. Pakistan most humbly shares the Sufi traditions of Islam with brotherly Bangladesh.

Imran Ahmed Siddiqui also visited local industrial units besides meeting with a group of the members of the Pakistan Community in Chattogram.

At CCCI, the High Commissioner was warmly received by the President Chittagong Chamber of Commerce and Industry (CCCI) Mahbubul Alam. 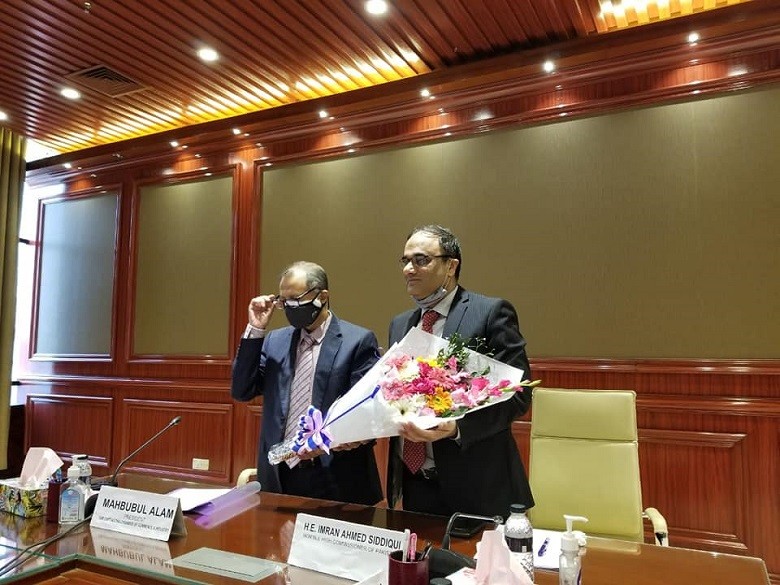 In his remarks during the High Commissioner’s meeting with the Board, the president CCCI said that Pakistan and Bangladesh share history and culture, and commonality of views on a wide range of regional and international issues. This provides a sound basis for building a cordial and mutually beneficial relationship between the two Countries, he added.

The High Commissioner reciprocated good wishes expressed by the president CCCI and hoped to work closely with the Chamber for the promotion of close commercial relations between the two Countries.

The two sides then exchanged ideas on strengthening commercial relations between the two Countries.

The High Commissioner later visited the BEPZA Office in Chattogram. 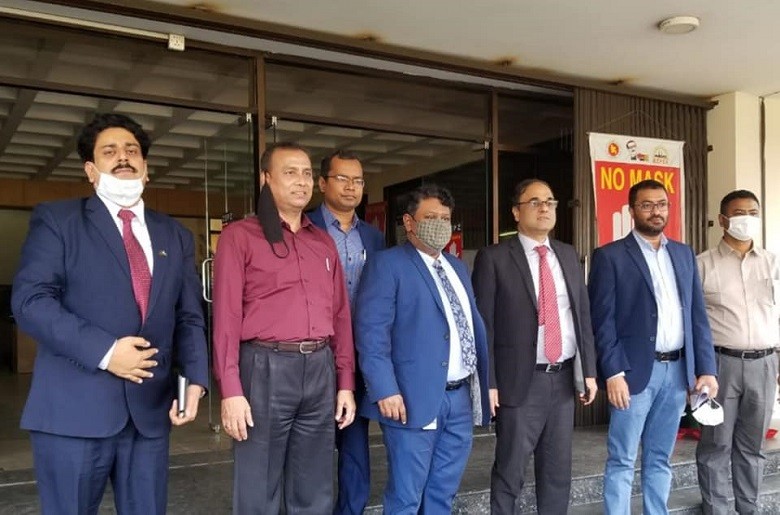 In a detailed briefing at the BEPZA, the High Commissioner was informed about various organizational and operational initiatives of the BEPZA and the milestones it has thus far achieved.

After this, the High Commissioner visited the Export Processing Zone located near the BEPZA Office. He noted with satisfaction that Pakistani Companies were among Foreign Investors in BEPZA’s Schemes. 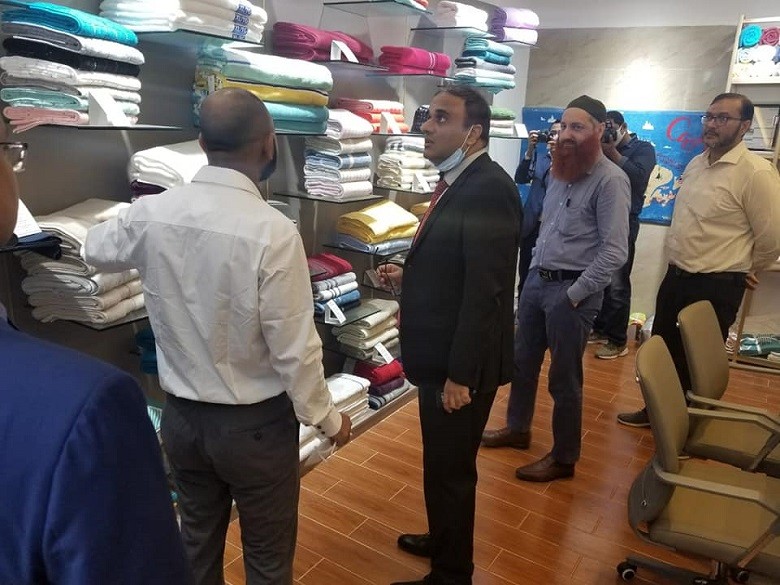 A group of Pakistanis in Chattogram also on the High Commissioner in the evening.

The group was briefed on various initiatives by the High Commission to improve Consular Services among other issues.

The High Commissioner returned to Dhaka on February 26 morning.

Mati
Mati-Ullah is the Online Editor For DND. He is the real man to handle the team around the Country and get news from them and provide to you instantly.
Share
Facebook
Twitter
Pinterest
WhatsApp
Previous articleIraqi defence delegation meets President Arif Alvi
Next articleOperation Swift Resort: Pakistan army reiterates desire for peace with India