Pakistan hands over Chairmanship of Speakers’ Conference to Iran

The Speakers of Parliaments of Pakistan, Iran, China, Turkey, Russia and Afghanistan participated in the Conference.

Hassan Rouhani addressed the Opening Ceremony of the Conference. Later the Speakers of Parliaments of participating Countries also spoke.

During the two-day Conference, confronting terrorism, reviewing experiences, studying current strategies and establishing new regional ones, developing communication and strengthening regional cooperation, achieving peace and sustainable development in the region are among the topics which will be discussed.

The first Speakers’ Conference was held in Islamabad in December 2017 which discussed “The challenges of terrorism and inter-regional connectivity”. 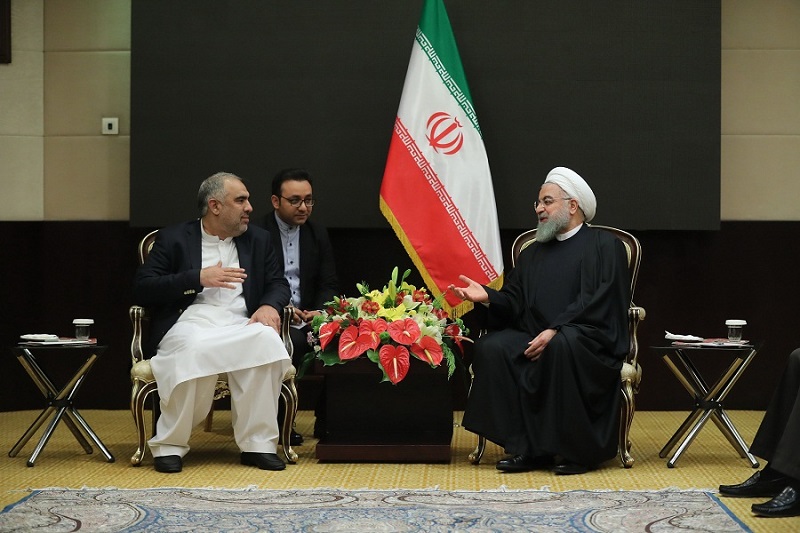 Meanwhile, the Speaker Asad Qaiser met the Iranian President Hassan Rouhani in Tehran today on the sidelines of the Speaker’s Conference.

Asad Qaiser said that ‘the summit is a good and useful initiative for the security and development of regional cooperation’.

Mati
Mati-Ullah is the Online Editor For DND. He is the real man to handle the team around the Country and get news from them and provide to you instantly.
Share
Facebook
Twitter
Pinterest
WhatsApp
Previous articleThree weeks long Pak-China Joint Military Exercise ‘Warrior –VI 2018’ begins
Next articleMen’s Hockey World Cup 2018 Pakistan vs Netherlands Live Streaming at PTV Sports