ISLAMABAD, Pakistan: Pakistan has expressed solidarity with Japan over the loss of precious lives in the floods in its Southern Kyushu Island, the Dispatch News Desk (DND) news agency reported.

In Japan, at least 37 people are feared dead due to deadly floods and landslides after unprecedented rains.

“Our heartfelt condolences to the government and the people of Japan on the precious lives lost in the ongoing floods in Kumamoto Prefecture of Japan,” the Foreign Office Spokesperson Aisha Farooqui said in a statement on Monday.

“We pray for the earliest recovery of those still missing,” Aisha Farooqui said.

The Spokesperson said that Pakistan stands in solidarity with its resilient Japanese friends. 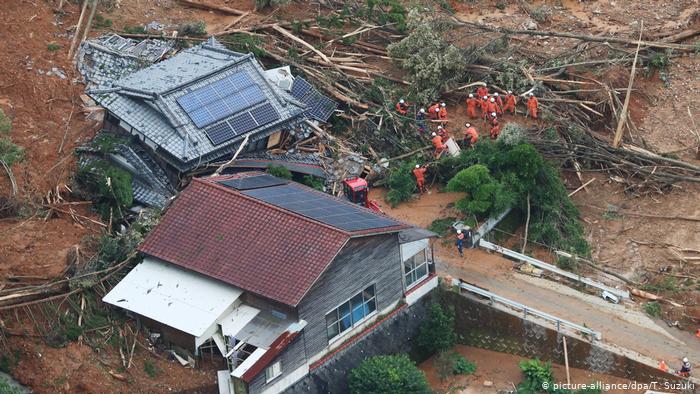 The record rains causing flooding and landslides in Kumamoto Prefecture on Japan’s Kyushu Island have left nearly 40 people dead and a dozen missing.

Meanwhile, tens of thousands of rescue workers combed through the wreckage of houses and are tirelessly continuing the search and rescue operation in flood-hit areas.

Mati
Mati-Ullah is the Online Editor For DND. He is the real man to handle the team around the Country and get news from them and provide to you instantly.
Share
Facebook
Twitter
Pinterest
WhatsApp
Previous articlePakistan’s handling of COVID-19 is a role model for UK: British Envoy
Next articlePakistan summons Indian diplomat to protest over ceasefire violations