The High Commissioner on behalf of the government of Pakistan gifted Pakistan made rugby balls and sports kits to the president of Sri Lanka Rugby.

The Sri Lanka Rugby president appreciated and thanked the government and people of Pakistan for this kind gesture. 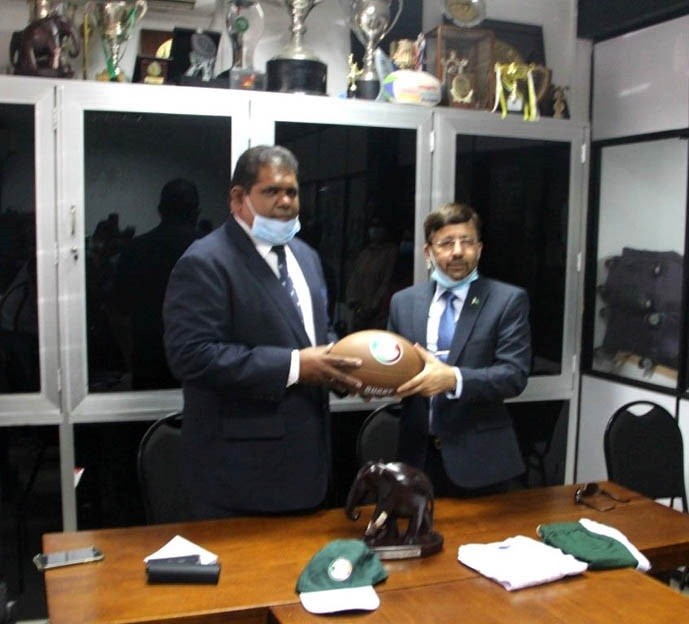 During the meeting, the High Commissioner emphasized on the importance of enhanced collaboration between the two brotherly Countries for the uplift of our people.

The two dignitaries noted that both Pakistan and Sri Lanka value this broad-based bilateral relationship due to their mutual benefits and which will hopefully continue to flourish in the years ahead.