ISLAMABAD, Pakistan: In Pakistan Tehreek-e-Insaf’s (PTI) last year in the Office, Pakistan’s economy in the Fiscal Year (FY) 2021-22 witnessed an estimated GDP growth of 5.97 percent which is above the growth of 5.74% recorded for FY 2021.

The ousted PTI government succeeded to surpass the envisaged target of 4.8% and achieved the real GDP growth of 5.97% in FY 2021-22 despite the unprecedented global crisis caused by the outbreak COVID-19 pandemic and the Russian-Ukraine conflict which erupted in early 2022 and elevated global commodity prices, fueled inflation and domestic inflation rates further.

As per the Pakistan Economic Survey 2021-22, Pakistan’s economy has shown a strong recovery after being depressed due to the pandemic which resulted in the lockdown.

The 4.40% growth in the agriculture sector – which surpassed the target of 3.5% and last year’s growth of 3.48% – was mainly driven by high yields, attractive output prices and supportive government policies, better availability of certified seeds, pesticides, and agriculture credit.

The forestry sector, having a share of 2.14% in agriculture value addition and 0.49% in GDP, posted a positive growth of 6.13% against the negative growth of 0.45% last year. 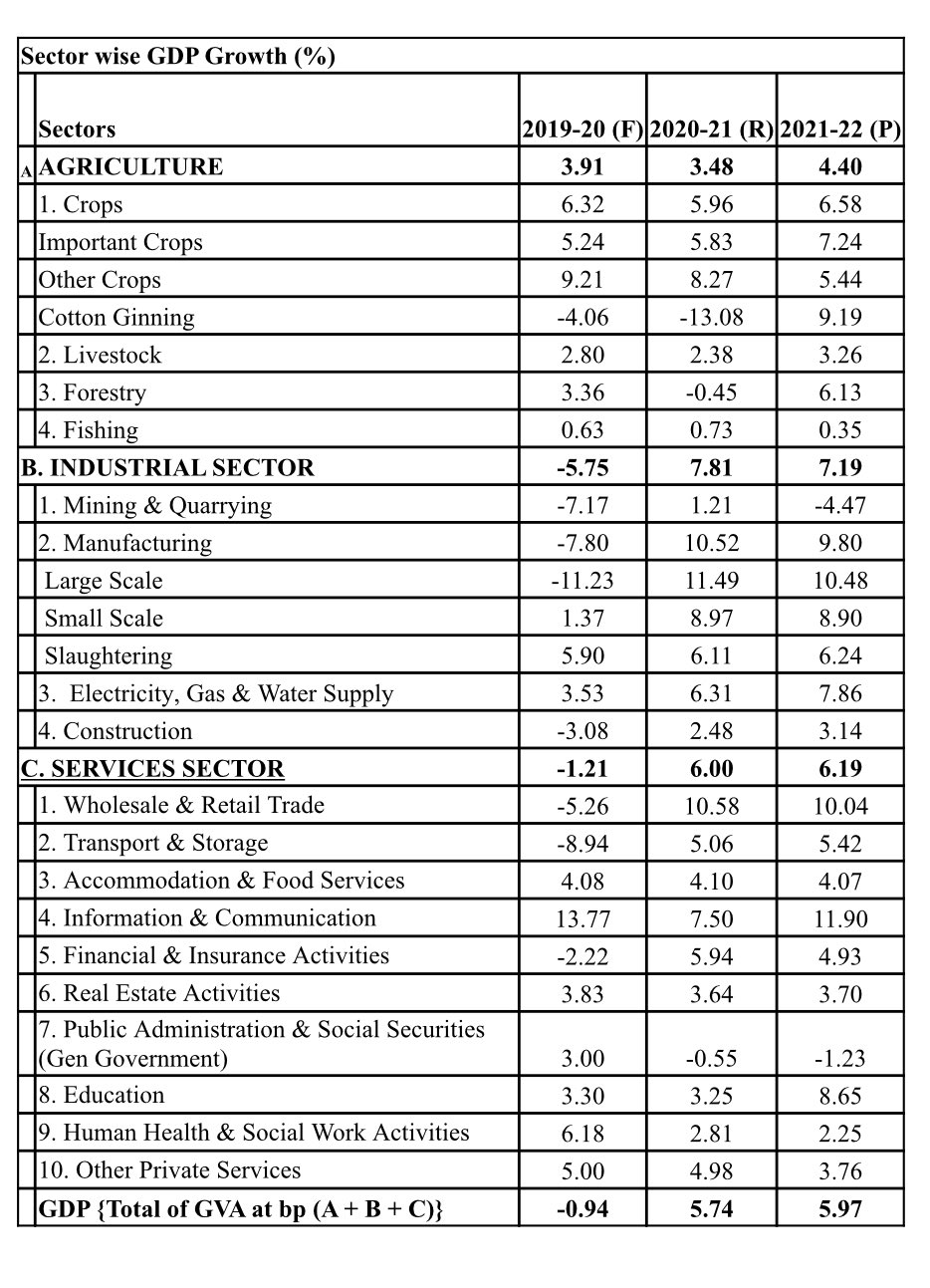 According to the Economic Survey 2021-22, the performance of Large-Scale Manufacturing (LSM) stood tremendous with 10.4% growth during July-March FY2022 as compared to growth of 4.2% same period last year.

The prudent measures and continuous support along with rising global demand, easy access to credit, and partially subsidized energy supplies bode well in boosting the business sentiments and achieving higher growth of LSM.

The fiscal deficit widened to 3.8% of GDP during the first nine months of the Fiscal Year 2021-22 against 3.0% in the previous period. Similarly, the primary balance posted a deficit of Rs 447.2 billion.

The total revenues increased by 17.7% against 6.5% in the same period of last year.

During the first 10 months of the current Fiscal Year, the Federal Board of Revenue (FBR) has been able to collect Rs 4855.8 billion net tax revenues reflecting a growth of 28.5%.

The private sector credit witnessed an expansion of Rs 1312.9 billion during the first 10 months of current Fiscal Year.