Islamabad, Pakistan: The Indian Charge d’ Affaires in Islamabad was summoned to the Ministry of Foreign Affairs today and was conveyedGovernment of Pakistan’s grave concern and condemnation on the deeply reprehensible act of banning Muslim girl students from wearing hijab (headscarf) in the Indian state of Karnataka.

The Charge d’ Affaires was urged to convey to the Government of India, Pakistan’s extreme concern over the anti-hijab campaign, being spearheaded by RSS-BJP combine in Karnataka, which is part of its larger exclusionist and majoritarian agenda aimed at dehumanizing and demonizing Muslim women. 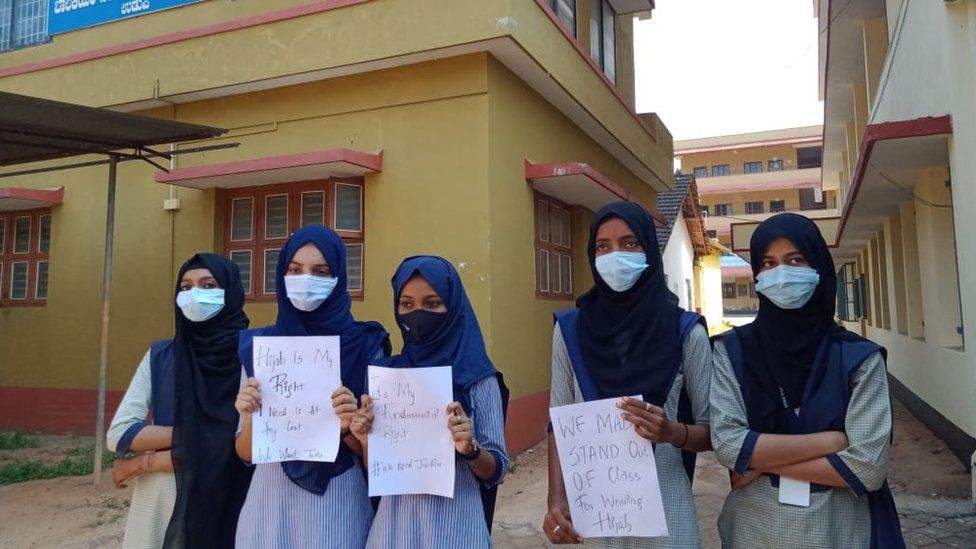 The Indian diplomat was further conveyed Pakistan’s deep concern that religious intolerance, negative stereotyping, stigmatization and discrimination against Muslims continue unabated even after almost two years of the horrific Delhi riots which claimed the lives of 50 innocent Muslims in February 2020. The government of Pakistan is also alarmed at the deafening silence of the BJP leadership and the absence of discernable action against Hindutva proponents openly calling for the genocide of Muslims at the recently held Dharam Sansad in Haridwar, Uttarakhand.

It was also emphasized that the Government of India must fulfill its responsibility to hold the perpetrators of harassment against women in Karnataka to account and take adequate measures to ensure safety, security and well-being of Muslim women. He was further urged to impress upon the Government of India to take immediate action against perpetrators and abettors of anti-Muslim violence in Indian states of Assam, Tripura, Gurugram and Uttarakhand and bring justice to the victims of Delhi Riots.

Pakistan also calls upon the international community, including the United Nations and OIC, especially their human rights machinery, to take cognizance of the worrying level of Islamophobia in India and prevail upon Indian authorities to prevent systematic human rights violations against minorities in the country.