Pakistan Cultural Centre at the Azerbaijan University of Languages 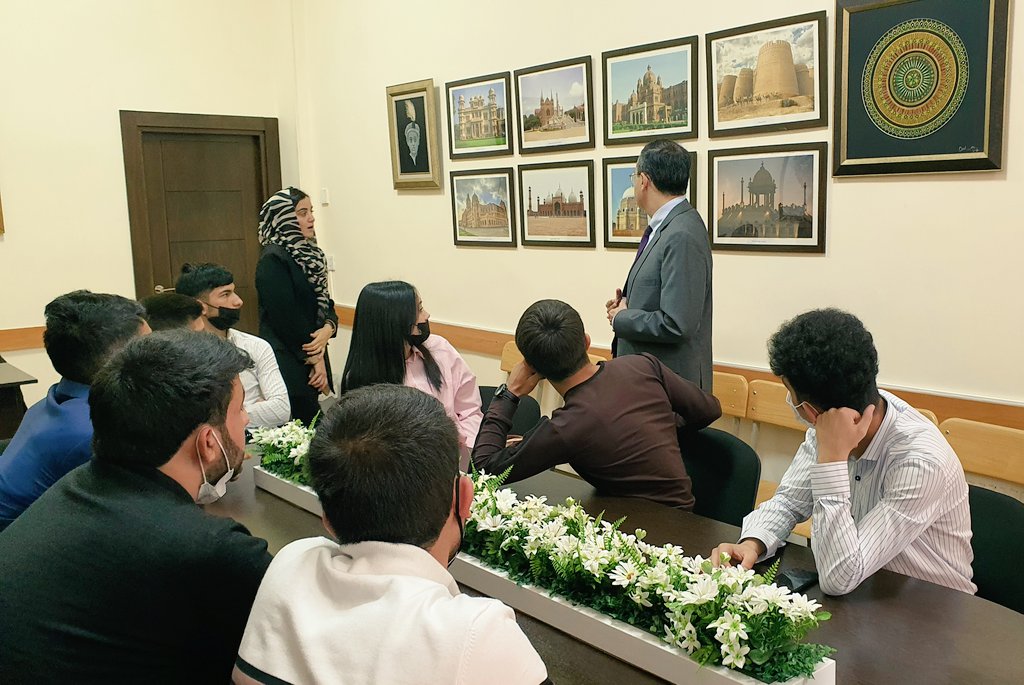 The idea of the Pakistan Cultural Centre was conceived by Ambassador Bilal Hayee after his meeting with the Rector of ADU. Later it was implemented with the help of the Azerbaijan University of Languages.

The key objectives of the Pakistan Cultural Centre include the promotion and projection of Pakistan’s diverse and rich culture. It is also expected that in the future, the teaching of Urdu language and Pakistan history would commence from the platform of the Pakistan Cultural Centre. The Center is also geared to create awareness among the Azerbaijani youth about Pakistan’s beautiful landscape, ancient heritage, modern urban centers, and huge economic potential.

In this centre, a special corner is established where the scholarly work of Allama Muhammad Iqbal is exhibited. Students and staff of ADU have shown profound interest in the arts and books on Pakistan. Around 40-50 people visit the center on a daily basis. They are briefed on the rich and diverse culture of Pakistan and tourism potential. This centre is the first solid platform in Baku to project Pakistan’s culture, heritage, and tourism. This will also advance our brotherly relationships with Azerbaijan to a new high. 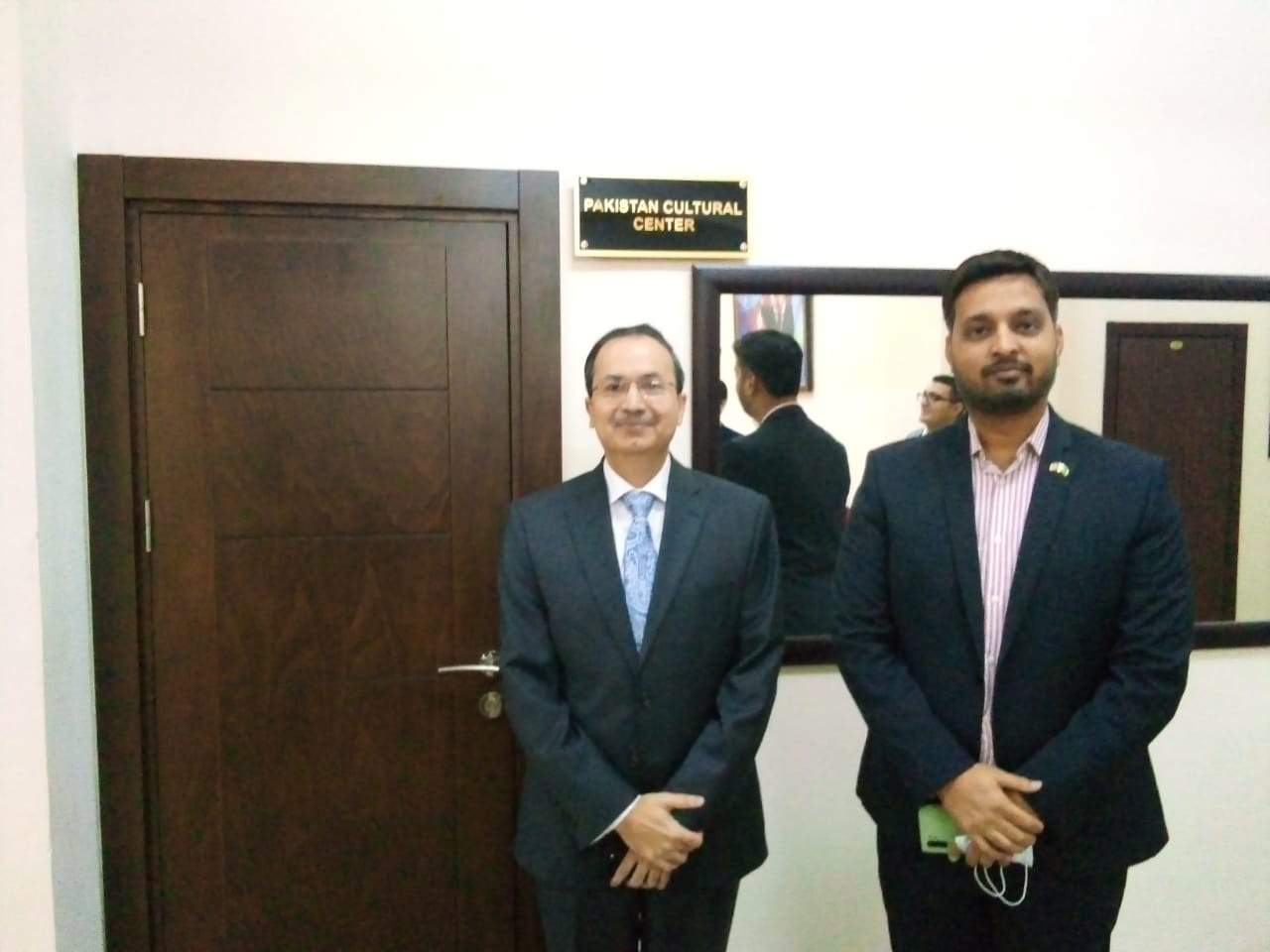 Pakistan Cultural Centre is offering free Urdu classes for students who want to learn the Urdu language. Guest lectures by the renowned Pakistani academia, panel discussions and debate groups are invited by this Centre to hold discussions about culture and similarities between the two countries. Ambassador-hour project is being organised in which Ambassador personally comes to meet with different students, takes their questions and brief on different current issues.

PCC also participated in food festivals where delicious Pakistani food was exhibited to an international audience.

To boost the youth’s extra-curricular activity PCC has announced a prize competition and an exhibition of paintings on the topic of Pakistan-Azerbaijan friendship. Students are taking part with great enthusiasm in this project.

Pakistan’s Ambassador and other embassy staff visit the Center occasionally to meet with the students and staff as well as holding cordial gatherings to enlighten the participants about Pakistan’s culture.