ISLAMABAD, Pakistan: The National Security Adviser Lt. General (retd) Nasser Khan Janjua has said that Pakistan considers its relationship with Japan as a valuable asset and a solid foundation to build on more cooperative ties in future.

Nasser Janjua made these remarks while talking to the Japanese Ambassador to Pakistan Takashi Kurai who called on him in Islamabad on Thursday morning.

During the meeting, they discussed promotion of bilateral ties between Japan and Pakistan, and overall regional security environment. 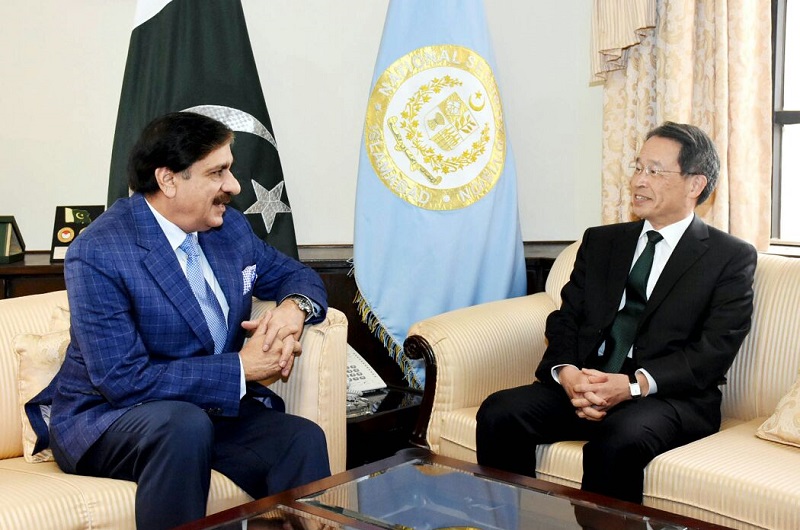 The national security adviser briefed the Japanese ambassador on overall security perspective of the region and on the positive role Pakistan had played for maintenance of sustainable peace in the region.

The ambassador acknowledged and appreciated Pakistan’s efforts against terrorism, and said that Japan is very keen to develop cooperation with Pakistan in multiple areas including counter-terrorism, infrastructure and social sector development.

Both sides agreed to enhance the level of engagements to increase the scope of bilateral relations.

Mati
Mati-Ullah is the Online Editor For DND. He is the real man to handle the team around the Country and get news from them and provide to you instantly.
Share
Facebook
Twitter
Pinterest
WhatsApp
Previous articleNA passes Women in Distress and Detention Fund (Amendment) Bill 2017
Next articleWalk in Islamabad on Dec 18 to promote Arabic Language in Pakistan