The ballistic missile Ghaznavi is capable of delivering multiple types of warheads upto a range of 290 kilometers. 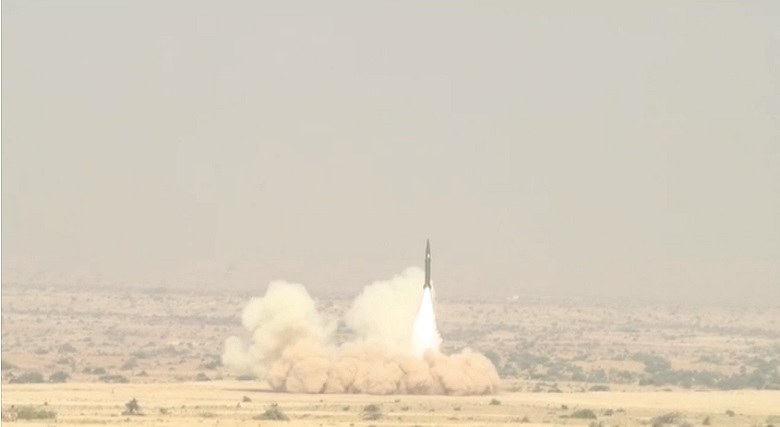 The training launch was part of the Field Training Exercise of Army Strategic Forces Command aimed at rehearsing operational readiness procedures during day and night.

The Director General Strategic Plans Division appreciated the operational preparedness of Army Strategic Forces Command for displaying a very high standard of proficiency in handling and operating the weapon system. He also expressed full confidence in the robust Strategic Command and Control System and the capability of Strategic Forces.

Mati
Mati-Ullah is the Online Editor For DND. He is the real man to handle the team around the Country and get news from them and provide to you instantly.
Share
Facebook
Twitter
Pinterest
WhatsApp
Previous articleWhatsApp Dark Theme: How To Activate It
Next articleTransparency International: Corruption increases in Pakistan