ISLAMABAD, Pakistan: Pakistan has condoled the loss of precious lives in a plane crash in Kazakhstan which occurred early on Friday, the Dispatch News Desk (DND) news agency reported.

The unfortunate incident took place when a plane with 95 passengers and five crew members on board crashed near Kazakhstan’s Almaty City on Friday morning shortly after it took off, resulting in deaths of at least 14 persons. 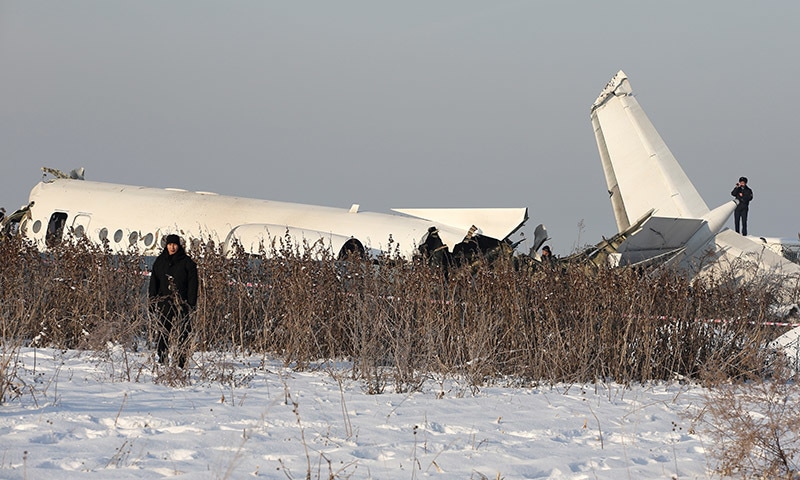 In his condolence statement, the Foreign Minister of Pakistan Shah Mahmood Qureshi expressed deep grief and sorrow over the incident of plane crash in Kazakhstan.

The foreign minister extended heartfelt condolence to the government and people of Kazakhstan over the loss of life and property in the plane crash.

Meanwhile, in their separate messages to their respective Kazakh Counterparts, President Dr Arif Alvi and Prime Minister Imran Khan also expressed solidarity with the government and people of Kazakhstan over the tragic plane crash, and shared the grief and pain of their Kazak brethren.

Both the president and the prime minister also prayed for the early recovery of those injured.

The ill-fated plane was a Flight Z2100, a Fokker 100 aircraft operated by Kazakhstan-based Carrier Bek Air. It was en-route from Almaty to the Country’s Capital Nursultan.

The data provided by Flightradar24 indicated the plane crashed 19 seconds after takeoff, approximately 5 kilometers (3.1 miles) from the airport. The videos and images of the crash site near Kyzyl Tu village show the damaged plane broken into several parts, with the nose embedded in a small partially-collapsed house.

Soon after the crash, the emergency and rescue personnel rushed to the scene, and initiated the rescue operation.

Mati
Mati-Ullah is the Online Editor For DND. He is the real man to handle the team around the Country and get news from them and provide to you instantly.
Share
Facebook
Twitter
Pinterest
WhatsApp
Previous articleISSI organizes Public Talk on “Pakistan’s Macro Economy: Current Situation and the Way Forward”
Next articleSikh family donates land for building mosque in Indian Punjab