Pakistan-China partnership to be taken to new heights in future: Chinese Envoy

ISLAMABAD, Pakistan: The Chinese Ambassador to Pakistan Yao Jing has expressed the hope that bilateral partnership between the two Countries will be taken to new heights in the future.

In a meeting with the Minister for Planning Asad Umar held in Islamabad on Friday in which they discussed matters relating to China Pakistan Economic Corridor (CPEC) and bilateral economic cooperation in general, the ambassador appreciated Pakistani government’s efforts to fast track the CPEC projects. 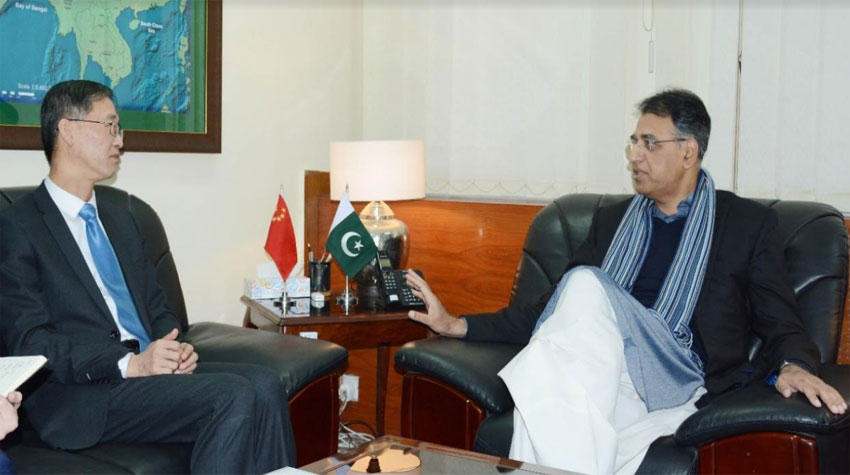 Asad Umar expressed his satisfaction at the progress of various projects under CPEC and said that the pace of implementation would be further accelerated.

The minister said that the establishment and operationalization of the Special Economic Zones (SEZs) is currently the top priority. He said that the SEZ would enable setting up of joint ventures in manufacturing which would integrate the enterprises from both sides.

Asad Umar emphasized that it is important for Pakistani manufacturing industries to become part of the global value chain by partnering with the Chinese companies.

The Chinese ambassador assured the minister that the Chinese side is keen to promote such relationships between businesses and manufacturing industries.

Mati
Mati-Ullah is the Online Editor For DND. He is the real man to handle the team around the Country and get news from them and provide to you instantly.
Share
Facebook
Twitter
Pinterest
WhatsApp
Previous articleNew Iranian Envoy Syed Muhammad Ali Hussaini meets Pakistan FM
Next articleJazz TV launches exciting new features for customers