ISLAMABAD, Pakistan: Pakistan and China have agreed to accelerate efforts for the early execution of the Karachi-Peshawar Main Line-1 (ML-1) railway project.

The understanding was reached in a meeting between the Federal Minister for Pakistan Railways Sheikh Rasheed Ahmed and the Chinese Ambassador to Pakistan Nong Rong in Islamabad on Monday.

During the meeting, the two sides discussed Pakistan-China bilateral relations and railway projects. 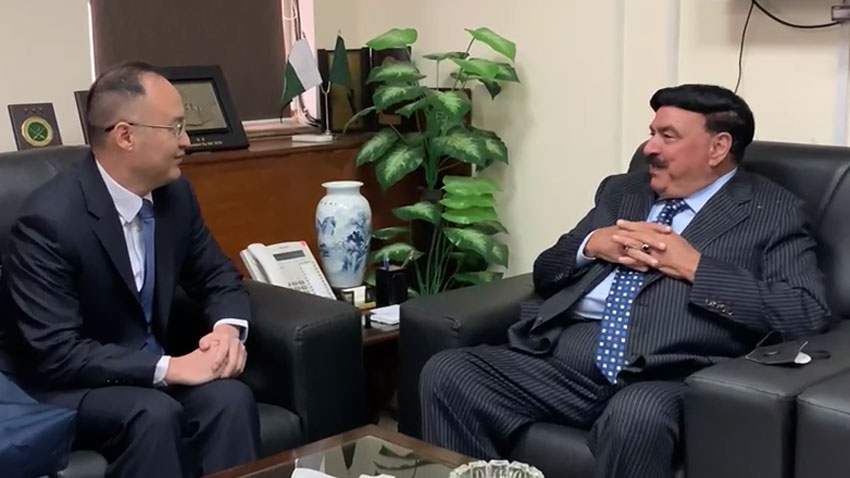 The railways minister said that the ML-1 project will usher in a revolution in the railway, creating new employment opportunities in Pakistan. He said that it will further cement the bilateral relations between Pakistan and China.

Sheikh Rasheed said that the enduring friendship between Pakistan and China is based on mutual trust and confidence.

The Chinese ambassador said that the China-Pakistan Economic Corridor (CPEC) project is a manifestation of a long-lasting bilateral relationship between the two Countries.

Mati
Mati-Ullah is the Online Editor For DND. He is the real man to handle the team around the Country and get news from them and provide to you instantly.
Share
Facebook
Twitter
Pinterest
WhatsApp
Previous articleAll Educational Institutions in Pakistan to be shut from November 26
Next articleCGSS & HSF Pakistan Organize Conference on Water Security Challenges