ISLAMABAD, Pakistan: The Foreign Secretary Sohail Mahmood has said that Pakistan International Airlines (PIA) remains committed to maintaining the highest standards and quality in its operations.

Holding a Video Conference with the Spanish State Secretary for Foreign Affairs Cristina Gallach on July 7, 2020, Sohail Mahmood highlighted Pakistan’s concern on the temporary suspension of PIA flights into European Union (EU) as follow up to the European Union Aviation Safety Agency’s (EASA) recent decision and called for its review.

The foreign secretary underlined that all necessary steps were being taken by the government to ensure the highest level of flight safety in PIA operations. 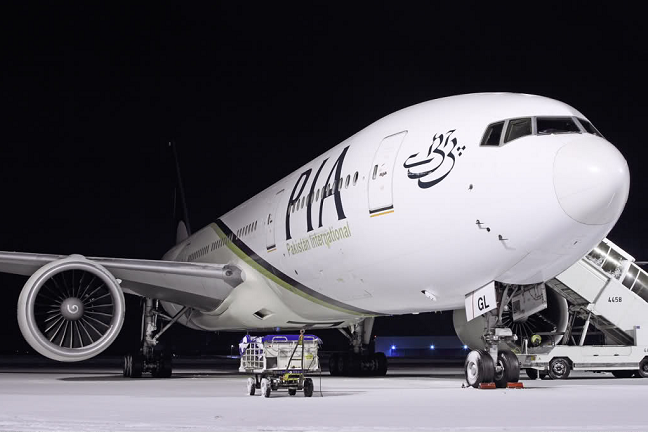 During the Video Conference, the exchange of views covered a broad range of subjects including response to COVID-19 pandemic, Pakistan-Spanish bilateral relations, close cooperation in multilateral fora, and the regional situation.

The foreign secretary extended condolences over the loss of precious lives in Spain due to COVID-19 and commended Spain’s efforts to contain the Coronavirus and steps to revive the economy.

Sohail Mahmood briefed his Spanish Counterpart on the measures being taken by the government of Pakistan with a central focus on saving lives, securing livelihoods, and stimulating the economy.

The two sides exchanged views about the socio-economic effects of the pandemic.

The foreign secretary apprised his Spanish Counterpart of Prime Minister Imran Khan’s domestic stimulus package as well as his call for “Global Initiative on Debt Relief” for Developing Countries.

The foreign secretary expressed appreciation for Spain’s support for the initiative both in the EU and G20.

The foreign secretary conveyed appreciation for Spain’s support for the GSP Plus for Pakistan and also underlined the hope that concerted efforts would be made to safeguard Pakistan-Spain bilateral trade against the challenges posed by COVID-19 in the shortest possible time.

The foreign secretary shared Pakistan’s perspective on the grave human rights and humanitarian situation in Indian Occupied Jammu & Kashmir (IOJ&K), moves to change the demographic structure of occupied territory in violation of international law, and a threat to peace and security in the face of intensified ceasefire violations on the Line of Control (LoC) and belligerent actions from the Indian side.

Sohail Mahmood stressed the importance of the international community’s role in preventing the escalation of tensions and facilitating the peaceful resolution of Jammu & Kashmir dispute in accordance with UN Security Council resolutions.

The two sides reviewed the situation in Afghanistan and progress in the Afghan peace process.

The foreign secretary highlighted Pakistan’s positive contribution to the US-Taliban direct talks culminating in the Peace Agreement of February 29, 2020. He stressed that the Afghan leadership must seize this historic opportunity and work together through intra-Afghan negotiations to achieve a comprehensive and inclusive political settlement.

Sohail Mahmood reaffirmed that Pakistan would continue to support the Afghan-led and Afghan-owned peace process as part of a shared responsibility for durable peace and stability in Afghanistan.

The two sides agreed to further increase the frequency of bilateral political exchanges at various levels.

It was agreed to hold the next round of Pakistan-Spain Annual Bilateral Consultations (ABC) as the COVID-19 situation eases.